Telangana: How overspeeding, rash driving killed 3 in 24 hours, 136 until June

Hyderabad: Within 24 hours, negligent and rash driving has cost three lives in Telangana. On November 23, road accidents killed three people in a matter of a few hours in three different incidents across Telangana. Furthermore, two accidents out of the three had happened within Hyderabad itself.

While over speeding was the cause in the Biodiversity Flyover road accident, the accident at Tank Bund was due to a bike taking a wrong U-turn in a two-way traffic road. The two-wheeler immediately hit another motorcycle that was approaching from the opposite side, trying to overtake a car in a case of severely negligent driving. CCTV footage from the spot shows how two-wheelers from the opposite side were speeding to overtake a car. The car had blocked the view of the bike, which was trying to cross it to merge with traffic.

A similar case of the driver losing control over sharp turns repeated in the accident near Chituru village, wherein the convoy vehicle of the Panchayat Raj Minister had toppled over. It happened when the driver lost control while negotiating a sharp curve on the highway. It led to the car swerving and landing off the road in the bushes, in the village in Ghanapuram Mandal. This event makes it the second accident in a day caused by cars losing control over sharp turns and leading to severe casualties. 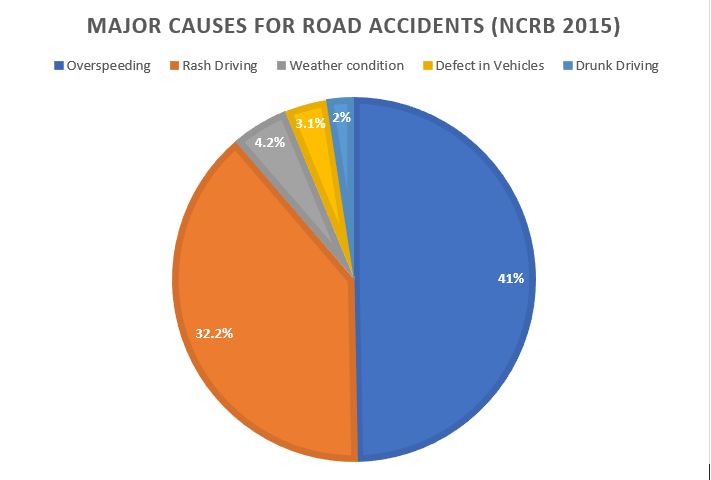 The Biodiversity accident is the second major accident to take place on the newly inaugurated flyover. The overpass bridge, which opened to commuters since November 4, had already taken two lives by now.

The driver involved in the Biodiversity flyover accident miraculously managed to survive the crash, after the car’s airbags burst open upon impact. However, it took the life of Satyaveni, a Gachibowli resident, who was crushed beneath the car. Three others, who were also injured, are slowly recovering. As of now, a case has been booked against the driver for over speeding and rash driving.

Meanwhile, in the Chituru village incident, the bulletproof convoy — a part of Panchayat Raj Minister Errabelli Dayakar Rao’s security — overturned, leaving two dead. Officials have identified the victims as the vehicle’s driver Parthasarathi (43) and the minister’s social media in-charge Purnender (36). Three others were also injured in the incident. More details are awaited on the Tank Bund incident.

Data shows how grave the problem is

Statistics released by Hyderabad Traffic police shows that in this year alone, 136 people have lost their lives in road accidents, and 1,313 have been injured. This number is bound to increase since the data has been collected only until June 2019. Equally discomforting is the fact that youngsters aged between 25 and 30 are the cause for the most number of accidents. 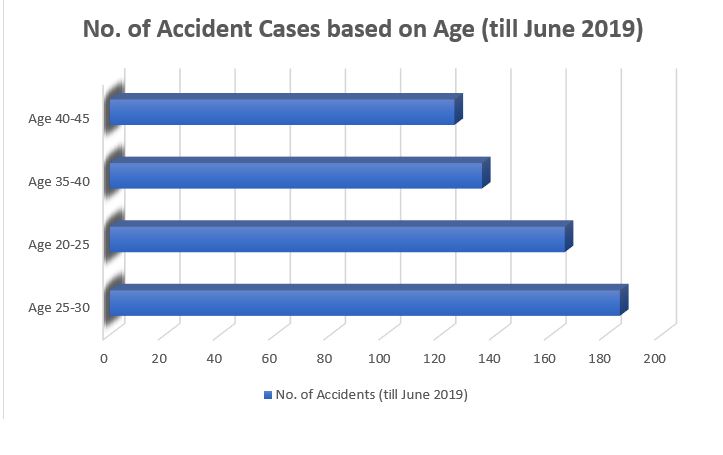 As fatal accidents continue to claim lives in the state, it seems pertinent to note that Telangana state is third in deaths due to negligence relating to road accidents. Even more disconcerting is the fact that over speeding accounted for 43.7% of total accidents, while dangerous and careless driving contributed 32% to the total number of accidents. It is evident from a National Crime Records Bureau (NCRB) report released in 2015. While recent information on the same is not available yet, it highlights the fact that this is a serious problem requiring immediate redressal, apart from just providing compensation to victims. 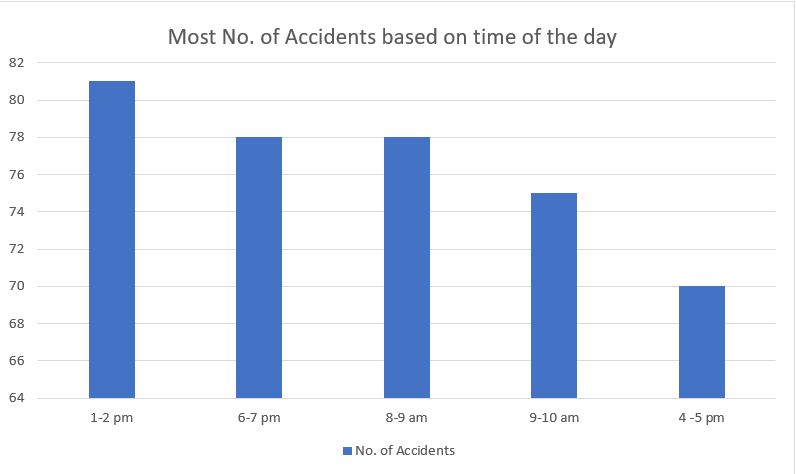 The recent data obtained from Hyderabad traffic also shows that 41% of the accident victims are pedestrians, who were not the primary cause of the accident. Meanwhile, 50% of the victim’s vehicles involved in accidents are two-wheelers, as of June 2019.

The data also shows that Peak traffic hours, from morning 8 to 9 am, afternoon 1 to 2 pm, and evening 6 to 7 pm recorded the highest number of accidents in Hyderabad.