Telangana registers low mortality and high tests per million, but Covid-19 cases yet to peak

Hyderabad: Telangana crossed one lakh Covid-19 positive cases on Saturday, August 22. As of today, based on the official bulletin released by the Government of Telangana, the number of cases stands at 1,04,249.

Statistics curated by economist Dr Rijo M. John show that Telangana is performing better, when compared to other states. It ranks fifth, nationally, on the scale of per million tests being conducted, and has a lower daily and 7-day growth rate. 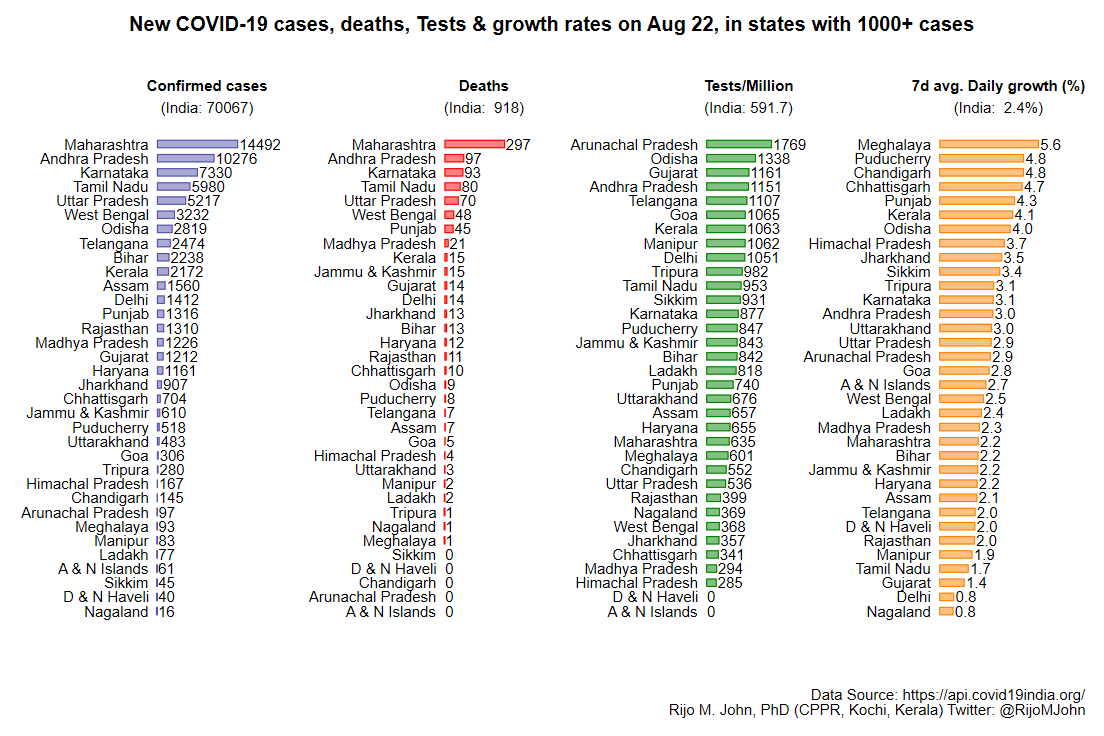 Dr John curated the data based on cases reported nationally on August 22. As per the graph, Telangana conducted 1,107 per million population tests on the day, which was higher than the national average of 591.7 per million. However, it ranked 8th on the tally of confirmed cases on the day with 2,474 citizens testing positive for the virus.

The 7-day average growth was calculated to 2.0 per cent, which is lower than the Indian average of 2.5 per cent. It is also lower than the neighbouring states of Andhra Pradesh (3.0), Karnataka (3.1), and Chhatisgarh (4.7).

As per the official state bulletin, between July 22 and August 22, Telangana has registered close to 52,600 positive cases, which means that approximately 50 per cent of the total cases were reported in the last 30 days.

Dr John also stated that the Test Positivity Rate for Telangana, as on August 22 was 6.9 per cent. This is based on a 7-day average of daily cases. Andhra Pradesh reported a TPR of 17.0, Karnataka 12.9, Tamil Nadu and Chhatisgarh 8.2. 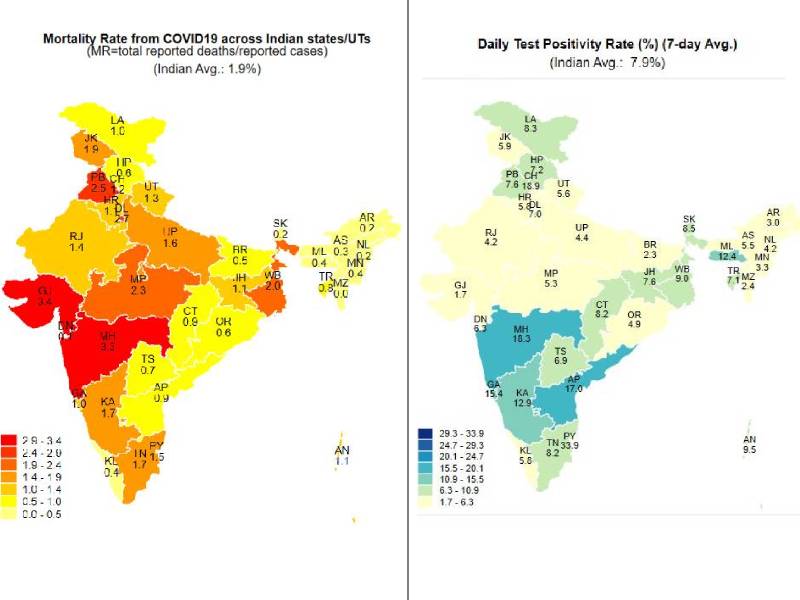 The Test Positivity Rate is based on the number of citizens who test positive for the virus, in comparison with tests done on the day. However, the mortality rate of the state dropped much lower than others. Telangana, with a mortality rate of 0.7 per cent, ranked lower than the national average of 1.9 per cent.

A separate study done by the State Bank of India also reported that Telangana is yet to reach the peak of cases, as the Test Positivity Rate is high compared to the tests conducted per million population. However, this study is based on cases reported on a long term basis. The report also mentioned that Tamil Nadu, Delhi, Gujarat, Jammu and Kashmir and Tripura have crossed their peak.

Rangareddy: Life imprisonment for husband who killed wife in 2021

Fact check: Has a Muslim shrine been built inside a temple premises?