Telangana reports over 983 new COVID-19 cases, over 80 percent from GHMC 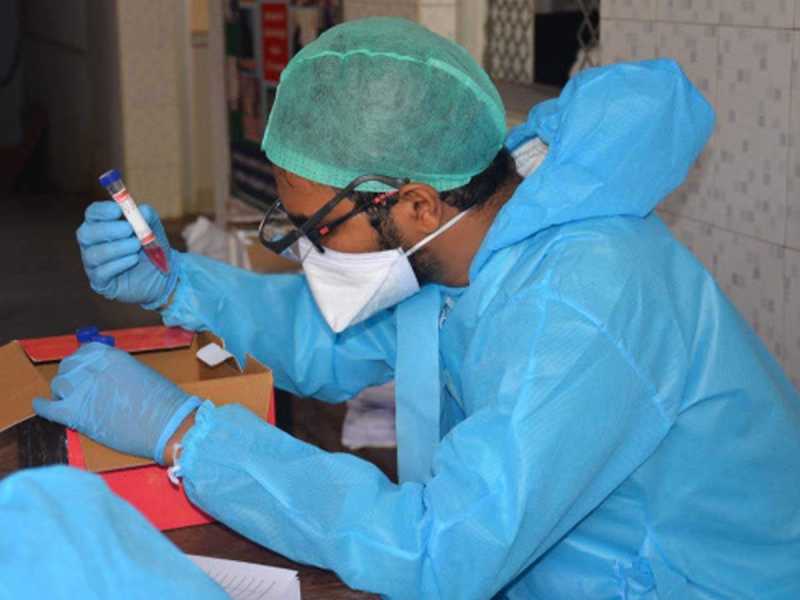 Hyderabad: Telangana reported 983 new COVID-19 cases on Sunday, with majority of the cases being recorded from the Greater Hyderabad Municipal Corporation (GHMC) area. With this, the total number of active cases in the state has reached 9,000. The cumulative number of COVID-19 cases reported in the state is now 14,419.

Out of the 983 patients who tested positive for the virus on June 28, 816 people were from Hyderabad, accounting for 83 percent of the cases reported today.

Followed by GHMC, Rangareddy district reported 47 new COVID-19 cases, while Medchal and Nalgonda saw 29 and 3 new cases each on June 28.

Telangana has tested 82,458 samples in total, out of which 3,227 samples were tested today. It is pertinent to note that the number of COVID-19 cases in the state has been surging, ever since the Telangana began to implement mass testing. Following the measures announced by Telangana chief minister K. Chandrasekhara Rao to contain the spread of COVID-19 in the state, authorities have ramped up the number of COVID-19 tests conducted, with daily testing numbers made public in the health bulletin. The chief minister is also considering imposing a lockdown in Hyderabad due to the soaring number of cases, the decision of which will be finalised in 3-4 days.

In addition to this, the Telangana state government has raised a flag against private labs issuing “incorrect” COVID19 results. “Certain labs are not following the standard operating procedures. There have been discrepancies in data pertaining to the number of tests conducted., positives reported and portal updation…certaion labs are reporting close to 70 percent positivity rate which clearly denotes huge errors in the testing methodology,” read the bulletin on June 27.