Hyderabad: Telangana ranks ninth among Indian states in terms of the number of police stations with 815 stations, according to data released by the Bureau of Police Research and Development, Ministry of Home Affairs. 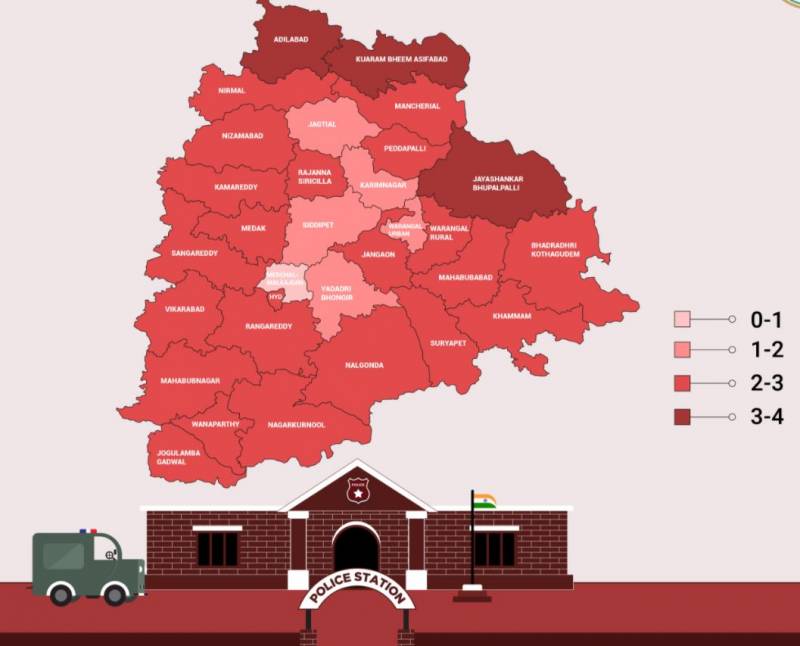 Number of the police station for every lakh population, source [email protected]

According to the Bureau of Police Research and Development, Telangana has police personnel per 1.37 sq km while in Andhra Pradesh it is per 2.23 sq km.

Fact check: Claim that Govt is providing money to bereaved families of COVID-19 victims is false.