Hyderabad: The unemployment rate in Telangana for July, 2020 has dipped to 9.1 per cent, according to data released by the Centre for Monitoring Indian Economy.

The state saw a surge in unemployment during the months of lockdown, and it peaked in the month of April with 34.8 per cent. 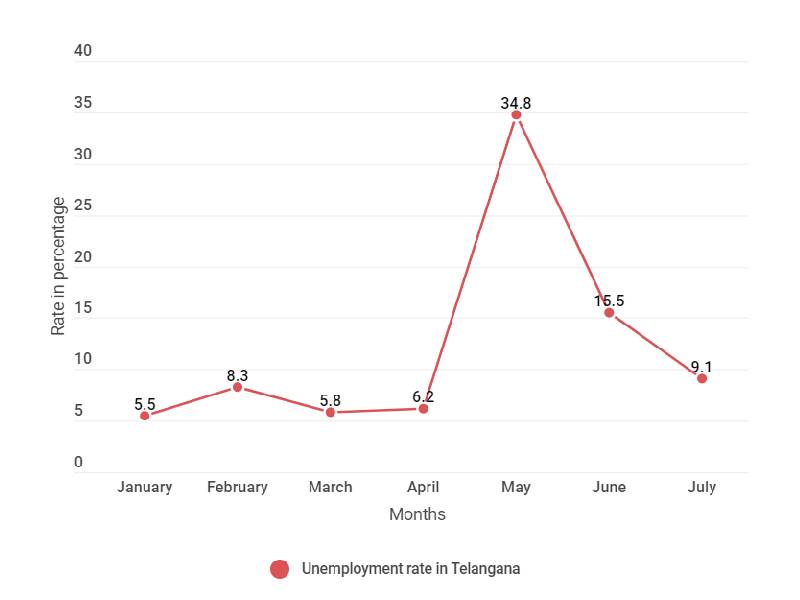 Rate of unemployment in Telangana from January 2020 to June 2020

Professor of Economics at the University of Hyderabad, G Vijay, feels that one of the reasons for this dip might be the employment opportunities created under the Mahatma Gandhi National Rural Employment Guarantee Act (MNREGA). "It comes across as an anomaly because there have not been many signals of the economy standing back on its feet, but the MNREGA scheme may have contributed to this dip. Rural employment may increased. However, there are chances that several opted out of the option of even looking for a job, and that may have led to the survey projecting this number," he adds.

A decline from the previous month, adds Professor C. Ramachandraiah, means that the restrictions eased post lockdown have pushed gradual growth in informal sector's unemployment- shops, street vendors, delivery services. Faculty at the Centre for Econmic and Social Studies, Prof Ramachandraiah, further adds, "Even malls were allowed to open in July, and while they might not be getting much visitors, but keeping it open demands staff. Cab and auto services have also resumed to some extent, along with other menial jobs. People may have something or the other in their hand."

In south Indian states, Andhra Pradesh showed the second-highest unemployment figures for July- 8.3 per cent. These figures were a sharp rise from June, when the unemployment rate was 2.1 per cent.

While the state had a massive drop in umployment rates from May (17.5) to June (2.0), the sudden surge comes as an anomaly. Unemployment in the state also peaked in April with 20. 5 per cent. 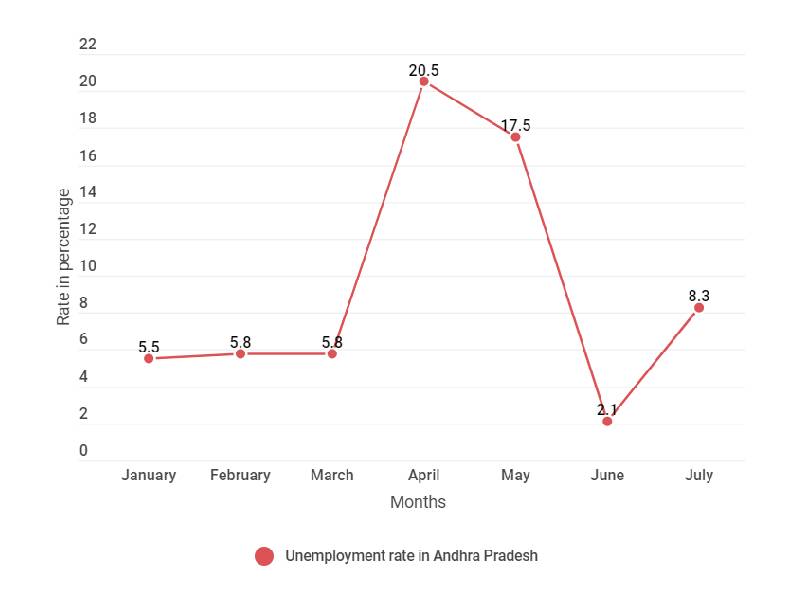 Data from the CMIE is used as an alternative for tracking unemployment in the informal sector. The organisation surveys approximately 44,000 households on a monthly basis, which are well scattered in urban and rural regions.