The medical marvel of Osmania General Hospital stares at desolation

The Government of Telangana, on 22nd July, issued the orders to vacate and seal Osmania General Hospital, sending it into the abyss of desolation it now deeply stares at.

The Osmania General Hospital is an integral part of Hyderabad's rich medical and architectural heritage. It was built by one of the greatest foreign architects under the reign of Nizam the 7th, Mir Osman Ali Khan, after the ravaging 1908 Musi floods. It stands, proudly, on the banks of river Musi, where once stood the Afzalgunj Hospital. The latter, one of the first British medical infrastructures for the city, was built under Nizam the 6th, Mahboob Ali Khan in 1866, but succumbed to floods 42 years later.

Immediately after the Afzalgunj hospital was destroyed by the floods, Osman Ali Khan, realising the importance of public healthcare, contributed to developing the Osmania General Hospital. The heritage structure has existed for more than a century.

Medical history in Hyderabad has undergone a plethora of changes depending on the era in question. What started as the Unani hospital in Qutub Shahi times, the Dar-ul-Shifa, was one of the earliest structures in the previously existing walled city of Hyderabad. The Qutub Shahi rulers also had Dutch and Portugese surgeons in their service.

The focus laid on medicine and the importance of developing a public healthcare system cannot be overestimated. The contribution of Hyderbad's rulers towards public health and medicine has been monumental. Dar-ul-Shifa today holds an integral place in the history of medicine in Asia, and so do the Qutub Shahis for developing it - both as a hospital and a teaching institution.

This legacy continued with the Asaf Jahi rulers who recognized the importance of public health and continued the tradition of Unani medicine. This is reflected in another heritage marvel- the Nizamia Tibbi General Hospital, located close to Charminar.

The focus of medicine underwent changes with the advent of British presence in Hyderabad. Western medicine began to be recognized because of the presence of the British Army in Secundrabad Cantonment Area. This began in the period of Afzal-ud-Daula, Nizam the 5th. From then on, in the periods of both Mehboob Ali Khan and Osman Ali Khan, more hospitals and healthcare facilities were established across Hyderabad State. 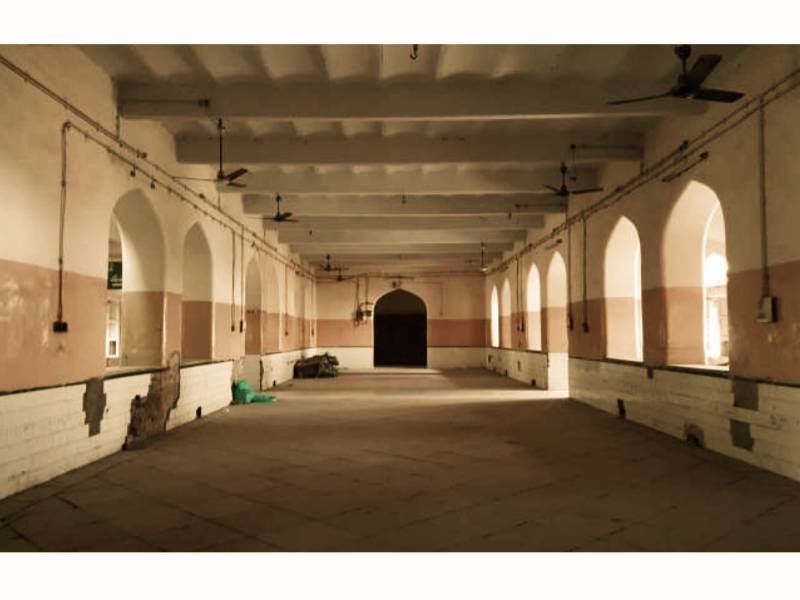 Its corridors have contributed to the development of chloroform in medical practice under Dr Edward Laurie. Set up under Nizam the 6th, the Hyderabad Chloroform Commission through 1888-1891 was successfully able to prove to the international medical community that chloroform can be used in medical practice by preventing respiratory failures. The historic chloroform block was destroyed and replaced by a modern edifice.

Also Read
The arbitrariness, lack of empathy and illegality of LMA’s decision to close roads in Secunderabad Cantonment

The arbitrariness, lack of empathy and illegality of LMA’s decision to close roads in Secunderabad Cantonment[/also-read]

OGH has contributed to years of medical research and generations of doctors have passed out of these august portals under the gaze of Nizam the 6th and 7th, who provided us with this institution.

The hospital has served people hailing from all sectors of the society and is representative of our rich medical history and architecture. It is a duty that we must perform, to ensure that it continues to stand as a proud edifice of its contribution to the State.

It continues to serve citizens of Hyderabad and deserves the right kind of treatment and its own prestigious place in the history of Telangana.

Structures built at different periods in history were initially built for a purpose to serve the community and turned into monuments after living through centuries. They reflect that very purpose, the magnitude of the ruler, and the craftsmanship of the architect and the people who worked on it. If we destroy our heritage, whether built or cultural, we destroy all these memories.

As Indians, we love to travel. And it is through these travels that we inculcate heritage in our subconscious. It becomes incumbent to save it in our memories and in their physical being.

My father Late Sree Ram Bhoopal HCS and my mother Snehalata Bhoopal, a hobby photographer, provided the opportunity to travel in Hyderabad State and India, and inculcate this heritage into my subconscious. As parents, it is our responsibility to do the same for our children. To have them live memories through architectures.

We lack open spaces and medical spaces. The pandemic, in a way, has proved that all spaces need natural light and ventilation. OGH is a prime example of the same. Rather than a structural demolition that looms over it, we should concentrate on restoring and converting it into either an administrative space, an additional space for Osmania Medical College, or even part of it as a museum to showcase Telangana’s rich medical history. The open area behind OGH can be recovered and reused with well-planned medical infrastructure to serve the community.