Hyderabad: Assistant Professor Anil K Pasupulati, with the Department of Biochemistry at the University of Hyderabad, has made significant discovery relating to diabetes. He, alongside his team, has shown that the reactivation of embryologically active events contributes to diabetic nephropathy.

A significant cause of kidney failure, blindness, heart attacks, stroke and amputation of lower limbs, diabetes is a danger across the globe. Diabetic nephropathy (diabetic kidney disease) is one of the small artery complications that arise because of low sugar environment. Diabetic nephropathy is characterised by moderate to a substantial amount of protein in urine and degeneration of kidney issues.

In healthy individuals, glomerular podocytes in the nephron are unchanged and offer glomerular permselectivity, thus curbing protein loss in the urine. Nevertheless, the molecular clues that manifest in podocyte injury and protein loss in diabetic nephropathy have primarily remained unknown. 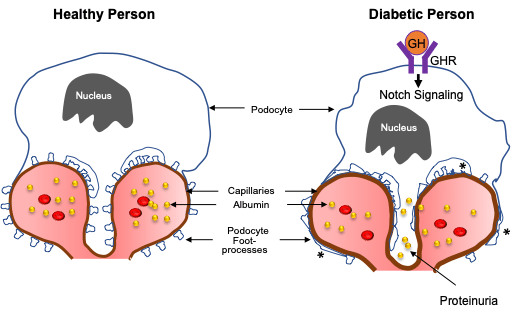 Several embryologically (relating to the embryo) active signalling events remain silent in adult life. However, reactivation of those events in mature adults manifests in the progression of diseases such as cancer and diabetes. Dr Anil’s laboratory tries to understand the mechanism of how pathological events trigger and implicated in the development of diabetic nephropathy.

Their study revealed that podocytes undergo epithelial-mesenchymal transition (EMT) during diabetic nephropathy. EMT is a significant tissue remodelling processes critical for the development of many embryonic tissues such as the kidney and the vasculature.

UoH students appointed as epidemiologists for Covid in TS districts

Amid lockdown, UoH kicks off admission process for 2020-21