Visakhapatnam: The USS Emory S. Land (AS-39), a United States Navy Submarine Support Ship arrived at Visakhapatnam on Monday on a two-day goodwill visit to the Eastern Naval Command (ENC) of the Indian Navy. On arrival, the ship was given a traditional welcome with the Navy band in attendance. The ship is commanded by Capt Michael Luckett, who has been deployed in support of submarine missions worldwide.

During the ship’s stay at Visakhapatnam, professional interaction in the form of Subject Matter Expert Exchanges(SMEE) and cross visits are planned for exchange of knowledge and sharing best practices among the personnel from both Navies.

Officials from the US Embassy in New Delhi and the US Consulate are expected to join the two-day programme and have official interactions with the Naval and Civil dignitaries. Informal engagements during social functions are planned in addition to official calls on senior officers of the ENC. 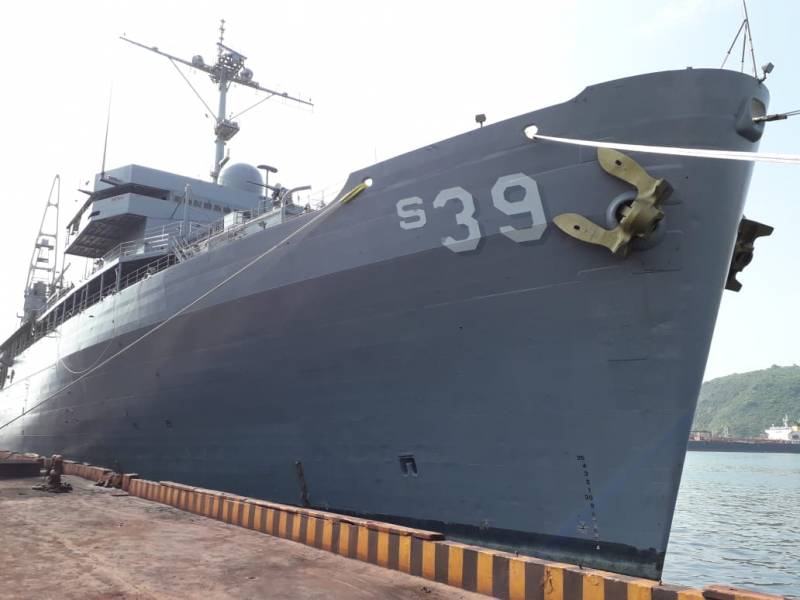