Visakhapatnam: Police have arrested a man who had complained of being robbed by some unknown persons of Rs 20 lakhs on Saturday. The case was cracked within two days after the accused was unable to answer questions.

The accused N. Srinivasulu a native of Nellore, was working as a supervisor for a transport company in the city for the past 12 years. He had gone to Bengaluru to collect an amount of Rs 19 lakh and then from the State Bank of India, Gajuwaka branch withdrew another Rs 1 lakh. 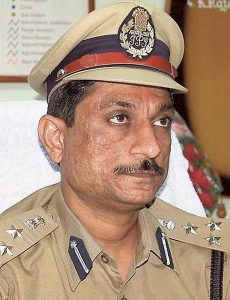 In his complaint, Srinivasulu had told the police that as per his owner Purnendra Rao’s instructions, on the evening of August 7, he was traveling to handover Rs 20 lakhs cash to one Abhishek’s company. On the way at Port road, two bike-borne unidentified persons attacked him with a blade and snatched the cash bag from his scooty. He told the police that while trying to resist the robbery he suffered injuries to his hands.

The police sensing something fishy, investigated the case and found that Srinivasulu was deep in debts and had hatched the robbery plan.

Commissioner of police, R.K. Meena who personally handled the case said that the police took up the case on a priority basis. “We suspected that the accused was telling lies as his answers were incoherent. On questioning, we found out that the accused had faked the robbery.”

The police arrested Srinivasulu under Sections 409, 420 and 188 of IPC and recovered from him the stolen cash of Rs 20 lakh.