What happens to the anti-viral drugs seized by Telangana police

Hyderabad: Task Force sleuths under three Police Commissionerate in Greater Hyderabad, have begun cracking down on black marketers engaged in minting money over sale of anti-viral drugs for exorbitant price. However, citizens are curious to know what happens to the drugs once it is seized by the police. Does it go back to the makers or to hospitals? Or does it remain unused in the court, at a time when these anti-viral drugs are essential to treat Covid-19 patient.

Independent inquiries revealed that as per the law & procedure, any material seized from an accused is deposited in the court. “In one of the raids, South zone task force sleuths seized drug worth Rs 35 lakh from the accused. As per the law, after seizing the material, it should be submitted to the court as an evidence. We cannot return it to the hospitals. Till now, we have seized drugs both in solid and liquid form. During raids, accused were found storing the anti-viral drugs in an improper manner, against the mandate temperatures,” a senior police officer involved in the raids, told NewsMeter. 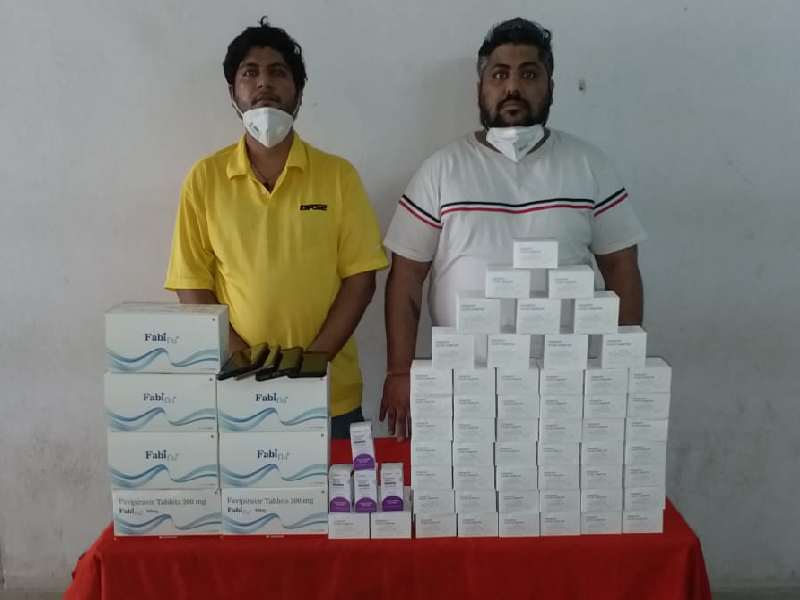 Talking about the re-use of the drugs, a doctor treating COVID patients at Gandhi said, "Remdesivir actually comes in two forms - powdered and liquid. The powdered form, that can be stored at room temperature has to be reconstituted with normal saline for administration while the liquid form which is ready to administer has to be maintained In a cold chain at about 2° to 8°,” said Dr. Khizer Hussain Junaidy, Resident Doctor at Gandhi Hospital and General Secretary, Telangana Junior Doctors' Association. speaking to NewsMeter.

It is to note that, police found drug ( in liquid ) stored at room-temperature conditions. "Efficacy of the drug will be reduced if it is stored against the mandatory temperature. It may not be of any use to the patients" added Dr Khizer. 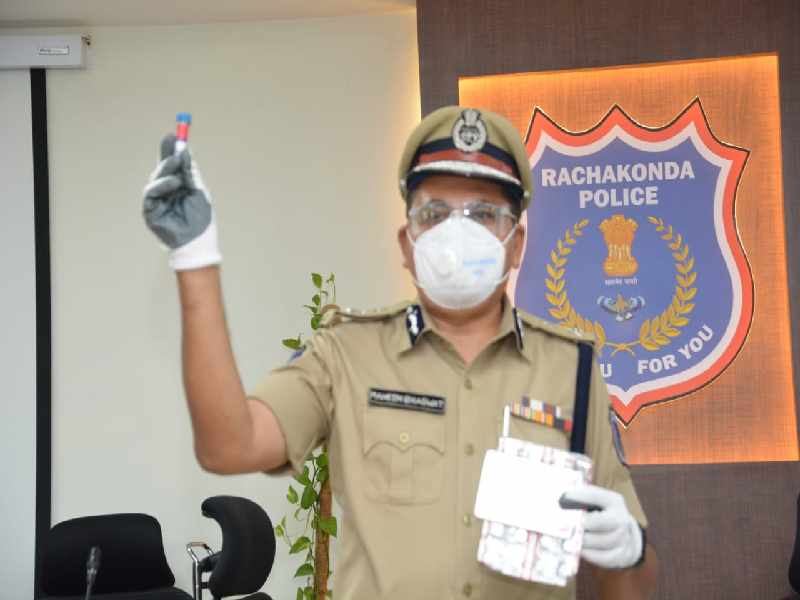 The two out of three companies manufacturing their own variants of Remdesivir are in India but yet there is a huge demand for it in the market. If pharma companies can amplify their production, it would end the racket of black marketers, Cops added. Hetero Labs, Cipla, and Mylan have begun production after the Drug Controller General of India (DGCI) approved their drugs for restricted emergency use on Covid-19 patients.

The shortage of Remdesivir, one of the essential anti-viral drug for Coronavirus infected patients, has been used to treat Ebola for years and it is much useful for the recovery of Covid-19 patients. "This drug works in fighting an enzyme that the Coronavirus needs to reproduce inside human cells. The success of the drug has led to a huge demand for the medicine, which is in short supply. The huge demand for this life-saving drug has led to its vigorous black marketing" added a doctor.

It has been clearly mentioned on the box that the medicine is supposed to be meant for institutional/hospital sale only. Remdesivir comes with a consent form that has to be filled and signed by the patient/attendants and concerned doctor at the time of administration of the drug. A copy of the consent form has to be handed over to the patient or attendants. It is the duty of the institution to ensure availability of consent form, especially during an inspection by CDSCO/DCGI. Unless there is ample supply to meet the demand, patients will keep looking for illegal suppliers, cops opined.

According to the Hyderabad Police, cost of drugs and price at which is being sold in the market: