Hyderabad: Olympic Silver medalist PV Sindhu and Former World No.11 Sai Praneeth won their respective quarter-final matches at the World Badminton Championship to qualify for the semi-finals of the tournament.
Sindhu had earlier won 2 silvers on the previous 2 occasions as she qualified for the semifinals of the tournament for the third consecutive time. She defeated former World No.1 Tai Tzu Ying from Chinese Taipei (12-21, 23-21, 21-19) in a fierce battle. Sindhu who lost the first set by a huge margin of 9 points, made a stellar come back in the next two sets to win the game.

Proud moment for the country. Hearty congratulations to @Pvsindhu1 and Sai Praneeth for entering semi-finals of WorldBadmintonChampionships. Best of luck guys. 👍🏻 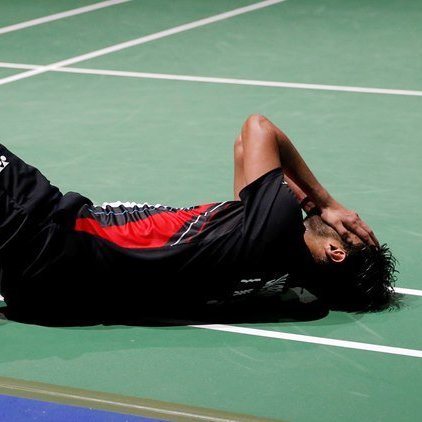 Sai Praneeth is the first player in men’s singles category from India to qualify for Semi final after Prakash Padukone in 1983.

Whereas in the Men's single category, Sai Praneeth made history as he became the first man in 36 years after Legendary Prakash Padukone (who won a bronze in 1983) to cross the quarters and ensure a medal at the World Championship for India in the men's single category.
He won the game against World No. 4 Jonatan Christie from Indonesia in straight sets (24-22, 21-14) as he made it look very easy. Christie did put up a fight in the first set until he went down 24-22 to Praneeth.
Sindhu will now face China's Chen Yu Fei in the semifinals on Saturday whereas Praneeth will face Defending champion and World No.1 Kento Momota from Japan in the semifinal.
Also Read: https://newsmeter.in/p-v-sindhus-french-open-journey-ends-taiwans-tai-tzu-ying-enters-semi-finals/
Next Story