Cyberabad: While fancy number plates have become a trend among vehicle owners, an engineering graduate in Hyderabad took the trend a bit further. Instead of the usual format, his plates merely said, ‘AP CM JAGAN’. The Cyberabad police arrested the 27-year-old Muppidi Hari Rakesh, who conceived the idea to get “exemption at toll gates, easy access at crowded places, and avoid police checks”.

Three days ago, when a team from Jeedimetla traffic police station was conducting a vehicle checking, they noticed a vehicle with the wrong number plate. The car was intercepted for further inquiry. On investigation, police found the car had a different registration number, and it is owned by Rakesh’s uncle Yesu Reddy who lives in Kakinada.

Rakesh started using the vehicle a few weeks ago, and since then he concealed the vehicle’s original number plate with a customised one. He had told police that he was using the number plate to get easy access and to avoid tollgates. However, it was not discovered if he had availed any exceptions.

Rakesh was handed over to Jeedimetla police, who registered a case against him and sent him to judicial remand on Tuesday. 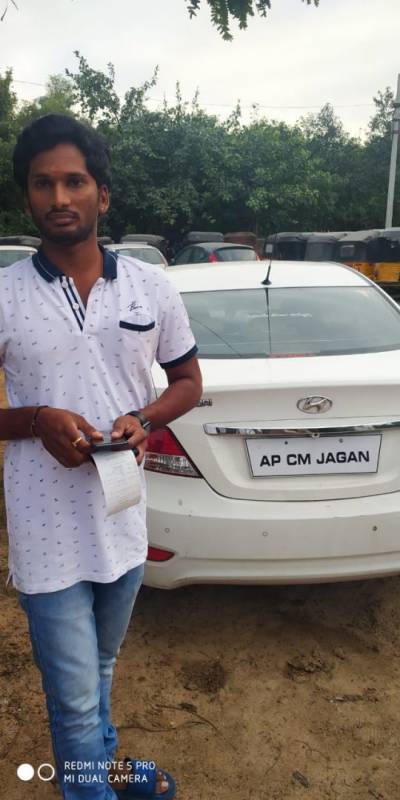 Three killed after car plunges into canal in West Godavari

I am fighting demons coming in the garb of Oppn leaders: Jagan

Rule 71, Rule 197 and the capital controversy in Andhra Pradesh Legislature