COVID-19: List of containment zones in Telangana as on September 2nd

Hyderabad: The Telangana health department released a fresh list of containment zones across 33 districts in the state on September 2nd. 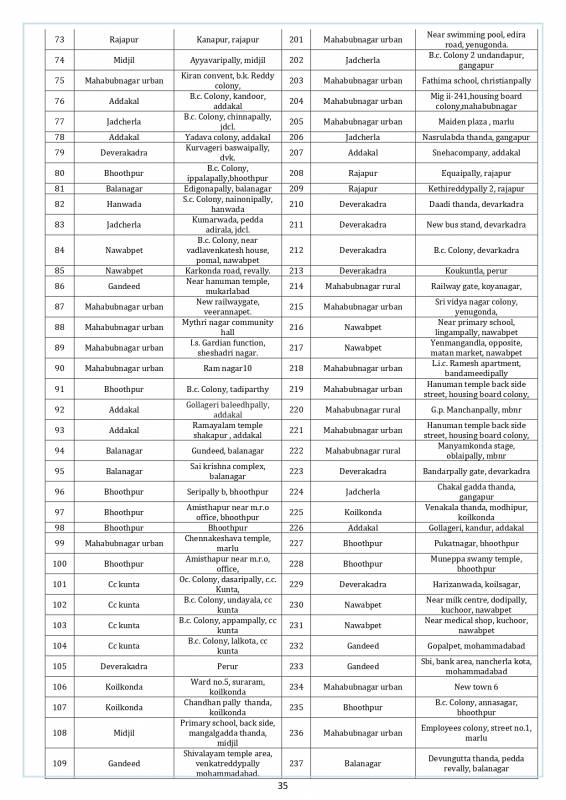 Ten new deaths are reported on September 1st taking the total tally to 846. The fatality rate in the state is 0.64 per cent which is less than the national average of 1.76 per cent.

The government tested 59,421 citizens for the virus on Tuesday. So far 14,83,267 samples have been tested in the state. Samples tested per million population stand at 39,952.