Hyderabad: COVID-19 recoveries in Telangana crossed the 1 lakh mark on Wednesday, September 2nd, as per the state's official health bulletin.

With 2,611 recoveries reported on the day, the total number of COVID recovered amounted to 1,00,013.

Ten new deaths were reported on September 2nd, taking the total tally to 856. The fatality rate in the state is 0.64 per cent which is less than the national average of 1.75 per cent.

The government tested 59,421 citizens for the virus on Wednesday. So far 15,42,978 samples have been tested in the state. Samples tested per million population stand at 41,560.

Of the total tests conducted on Wednesday, 26,869 were primary contacts of those previously found to be COVID positive. 8,359 tested were secondary contacts.

The state currently has 17,622 vacant beds for COVID patients. 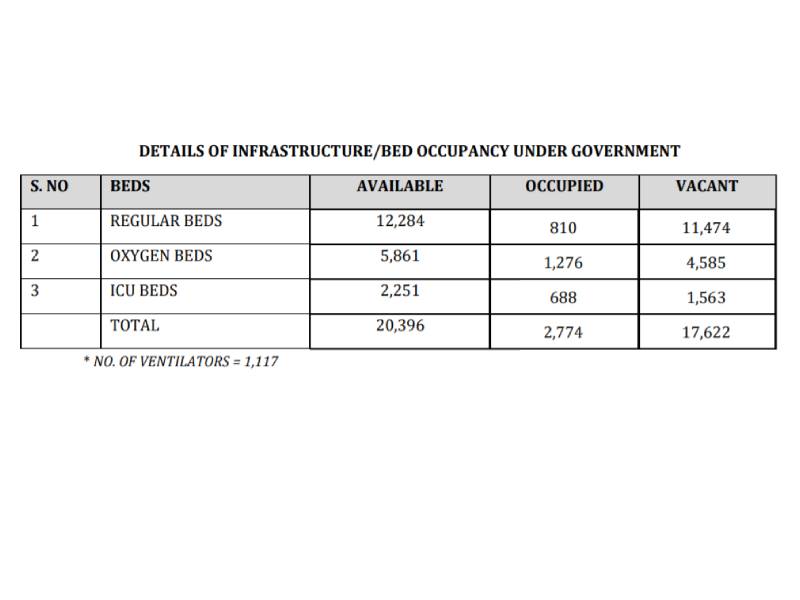 Also Read
COVID-19: List of containment zones in Telangana as on September 2nd