Hyderabad: The total tally of Covid-19 positive cases in Telangana climbed to 86,475 on 12th August. 1,931 more people tested positive for the virus on the day, says the data released by the Department of Public Health and Family Welfare.

Meanwhile, 1,780 citizens recovered from the virus on Wednesday, taking the tally of total recoveries in the state to 63,074. The state currently has 22,736 active cases of Covid-19. 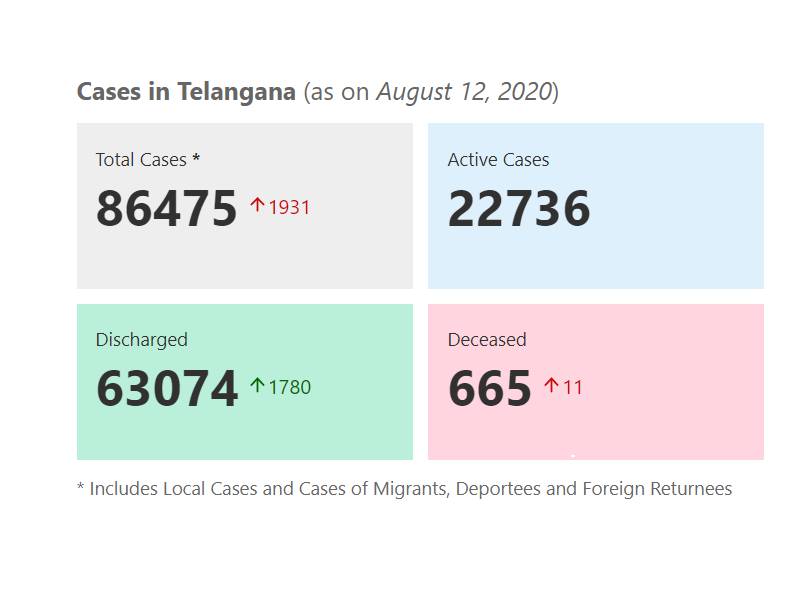 The recovery rate, as per the government, now stands at 72.93 per cent, which is approximately 2 per cent higher than the national average of 70.37 per cent.

15,621 are under placed under home isolation. Of those, 84 per cent are asymptomatic cases with no severe signs of distress.

The percentage in deaths due to comorbidities has risen to 53.87 per cent, while those due to only Covid-19 are 46.13 per cent.

The state currently has 17,734 vacant beds for COVID patients. 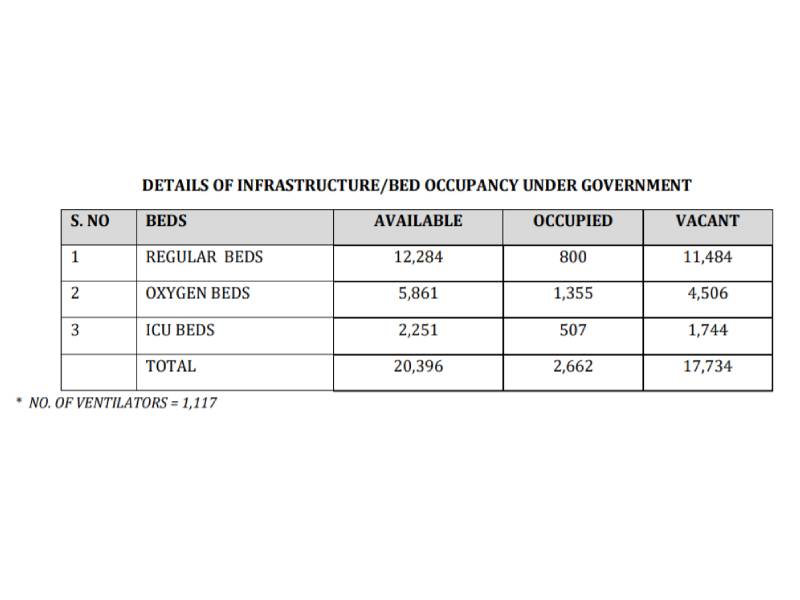