Hyderabad: A report released by Indian Police Foundation has revealed that 4,901 police and Central Armed Police Force (CAPF) personnel have been infected with COVID-19 in the country. 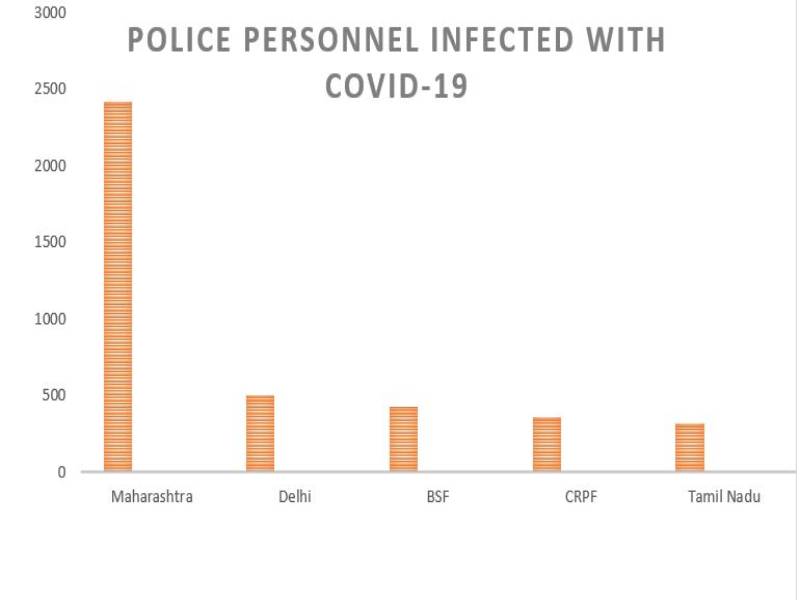 BSF most infected among forces

The data from the Indian Police Foundation, an independent think tank on policing and law enforcement, revealed that BSF was the most affected among the CAPF.

BSF had 427 COVID-19 infected personnel, followed by the CRPF with 363 officers. CISF recorded the third highest number of officers being infected with COVID-19.