Hyderabad: A video of police stopping a car and changing the flag on the car is going viral on social media. The car having a Tamil Nadu registration plate was stopped by the Karnataka police. So, the Tamil people are being blamed.

The claim states "Tamil Nadu jihadis enter Karnataka in a car with Pakistan flag. Bangalore police stopped, asked them to remove and changed the national flag. Why Tamil Nadu police not take any action against these sleeper cells of Pakistan? Who tied their hands? or lake of knowledge?"

This guy was hoisting Pakistani flag on his car. Later it was found out that he was promoting peace.😂

This video has also been shared on YouTube with the title "SHOCKING: Bengaluru man drives car with Pakistan flag, caught by police"

This news was also published on a website named Kannadaprabha.com claiming that a car coming from Tamil Nadu to Karnataka has been blocked by the Bangalore Traffic Police. As the car carried the flag of Pakistan, the traffic police blocked the car and changed the flag with Indian Flag.

The claim is FALSE. The police mistook an Islamic flag with Pakistani flag.

The flag hoisted on the car is NOT Pakistani flag, it is a flag of an Islamic party, IUML. The flag of IUML party was mistaken for Pakistani flag several times.

This is not the first time that this party flag has been mistaken as Pakistani flag. Several fact-checking organisations debunked the differences between the Islamic flag and Pakistani flag in 2019 when similar flags were waved in Wayanad during Rahul Gandhi's campaign.

The differences between these flags can be seen here. 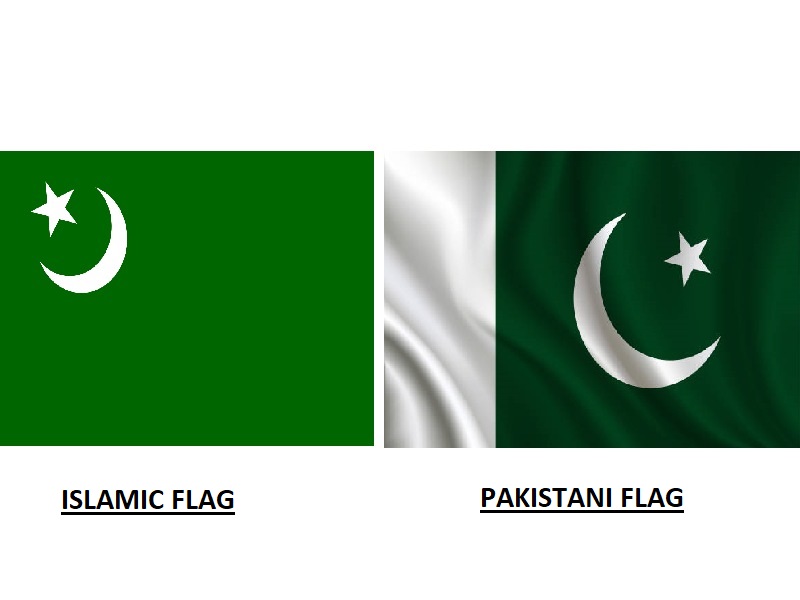 Hence, an Islamic party flag has been mistaken as a Pakistani flag in the viral video. The claim is FALSE.