Fact Check: No, Indian Air Force jet was not shot down by Nepali forces

Hyderabad: A post is going viral claiming that Nepal shot down an Indian Air Force (IAF) jet for cross-border violation. The Claim is false. No such border violation has taken place in recent days.

NewsMeter did a reverse image and found that the flight crashing image in the viral post is from Libya. The image is from 2011. According to an article in The Columbia, the warplane was shot down on the outskirts of Benghazi, eastern Libya on March 11, 2011. 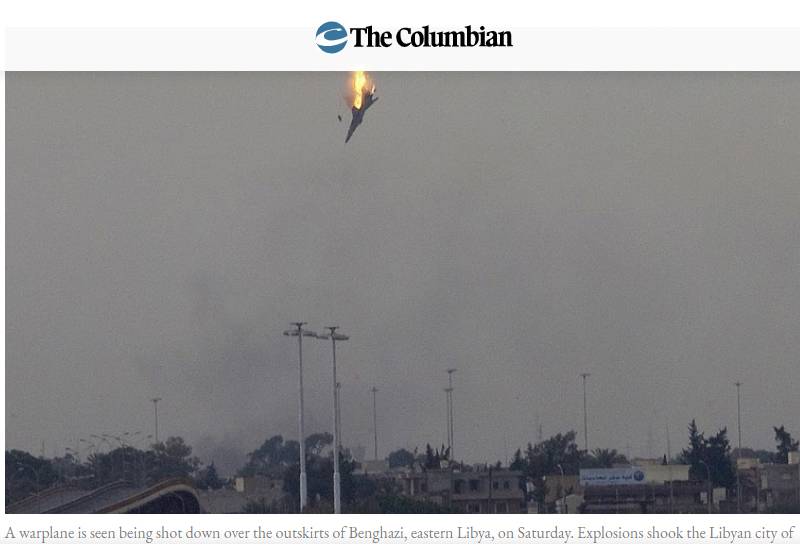 Further searching with keywords, 'Libyan airplane Shot", we found a report on The Aviationist website. "A Mig-23 initially thought of as belonging to the Gaddafi's Libyan Arab Republic Air Force (LARAF) but later officially confirmed as flown by the Free Libyan Air Force (FLAF) was shot down over the outskirts of Benghazi, eastern Libya, in the morning of Mar. 19, 2011," it reads

The other image shared is from Bangalore's HAL airport. "An Indian Air Force (IAF) fighter jet crashed near HAL Airport in Bengaluru on Friday morning. Two pilots of the Dassault Mirage 2000 managed to eject but have been reported dead. The incident took place after the fighter jet developed some technical snags at 10.30 am. The pilots belonged to IAFs Aircraft and Systems Testing Establishment unit," reads an article in International Business Times. IAF hasn't confirmed any such violation or the death of two pilots.

Hence the claim that Indian Air Force flight was shot down by Nepal in a recent cross-border fight is False.