Fact Check: The video of astronaut jumping from space is fake

Hyderabad: A video claiming that an Austrian astronaut jumped from a Spacecraft from 1,28,000 ft height and travelled 1236 Kmph and he reached the Earth in 4 mins & 20 Seconds.

This video is viral on Facebook and WhatsApp also. Upon checking the video carefully, we see the name 'Felix Baumgartner' on the helmet. 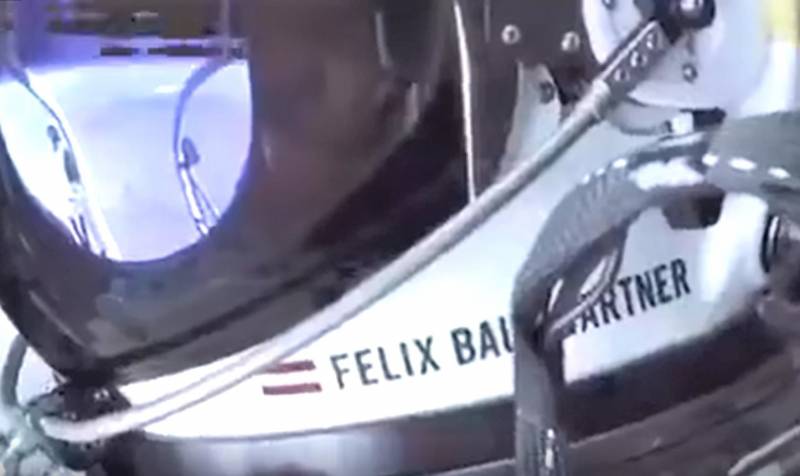 When searched on Google for Felix Baumgartner, we found a Wikipedia page mentioning that Felix Baumgartner is an Austrian skydiver, daredevil, and BASE jumper. He is best known for jumping to Earth from a helium balloon from the stratosphere on October 14, 2012, and landing in New Mexico, USA as part of the Red Bull Stratos project.

Baumgartner set the new record for the world's highest skydive when he jumped from an altitude of 128,097 feet (39,044 meters) — the equivalent of just over 24 miles (39 kilometres) —and broke the sound barrier during his long descent back to Earth. The daring supersonic jump caught the eye of professional astronauts, even if Baumgartner did not leap from the official edge of space 62 miles (100 km) up.

We found more on information on this project on the Red Bull website.

Felix ascended to the stratosphere in a helium balloon, jumped, and became the first person to break the speed of sound in freefall. This feat was the culmination of years of work by a world-leading team of experts who continue to share their research findings with the scientific community.

This mission was NOT from Space, and Felix Baumgartner is NOT an astronaut. He is an Austrian Skydiver and Daredevil.

Therefore, the claim that states "An Astronaut from Austria jumped from a Spacecraft from 1,28,000 ft height and travelled 1236 Kmph and he reached the Earth in 4 mins & 20 Seconds" is FALSE.

Also Read
Fact Check: Does this video really show a market in Wuhan where Coronavirus originated?