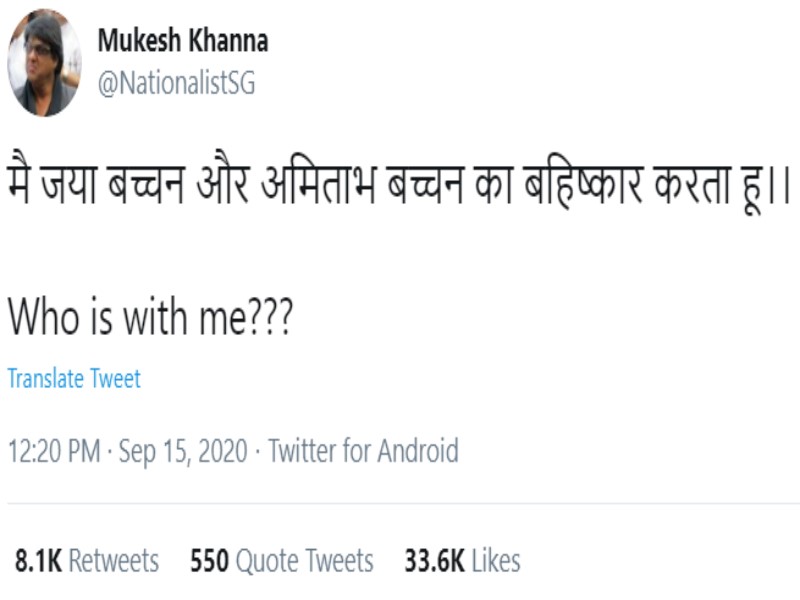 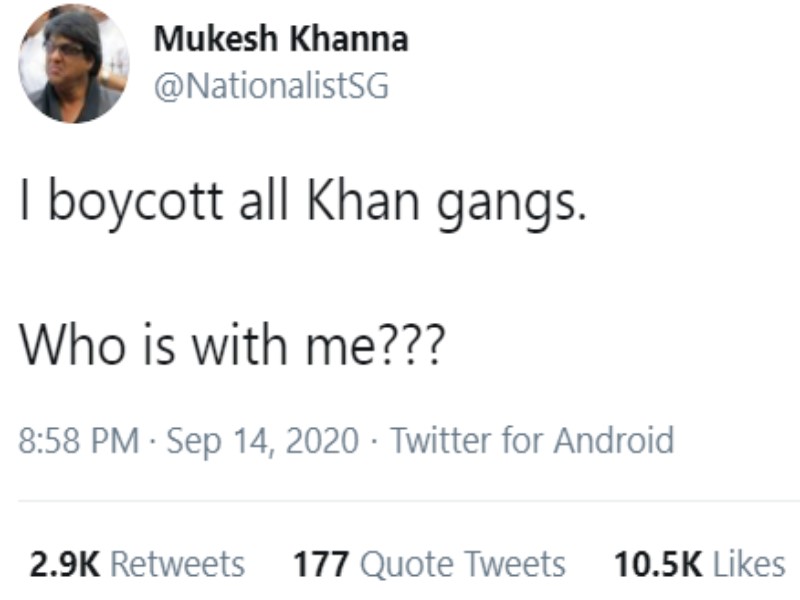 The name and the handle of this account are now changed to Sonu Nigam.

The same Twitter handle also tweeted on September 14: "I boycott all Khan gangs. Who is with me???"

The claim is FALSE. This account is a Fake one. The actor Mukesh Khanna has not called for a boycott of actress and MP Jaya Bachchan or veteran actor Amitabh Bachchan.

The actor is struggling with his fake Twitter accounts.

He has posted a selfie-video of himself stating that his original Twitter handle is @actmukeshkhanna. And all other Twitter accounts are fake. He has no link with those Twitter handles.

Hence, the claim that actor Mukesh Khanna called for a boycott of Amitab Bachchan and Jaya Bachchan is FALSE.