Hyderabad: A video reportedly showing Azerbaijani MiG-25 being shot down by the Armenian forces in the disputed Nagorno-Karabakh region has gone viral on social media.

The Hindi news channel, TV9 Bharatvarsh, uploaded the video on its official YouTube channel on 9 October claiming it was the "biggest news in the Azerbaijan-Armenia war". A Facebook user also shared the video and wrote, "An Azerbaijani MiG-25 was shot down from the Armenian defenses by the Shilka weapon. In Nagorny Karabakh, the Azerbaijani pilot did more than one maneuver to strike the ground defenses of the Armenian air defense forces ... a fierce war (sic)".

NewsMeter performed a reverse image search and found a video on YouTube titled "U.S. C-RAM IN ACTION at NIGHT - Phalanx Ciws - ARMA 3". The description said, "This Video is a created Simulation in ArmA3!".

We also found another video by a Japanese channel with a caption that said, "A-10 Thunderbolt Warthog Thunderbolt CRAM Sius ARMA3 Arma 3 (sic)."

ARMA 3 is a military tactical shooter video game developed and published by Bohemia Interactive and was released for Microsoft Windows in September 2013. This video is a simulation and is not real. 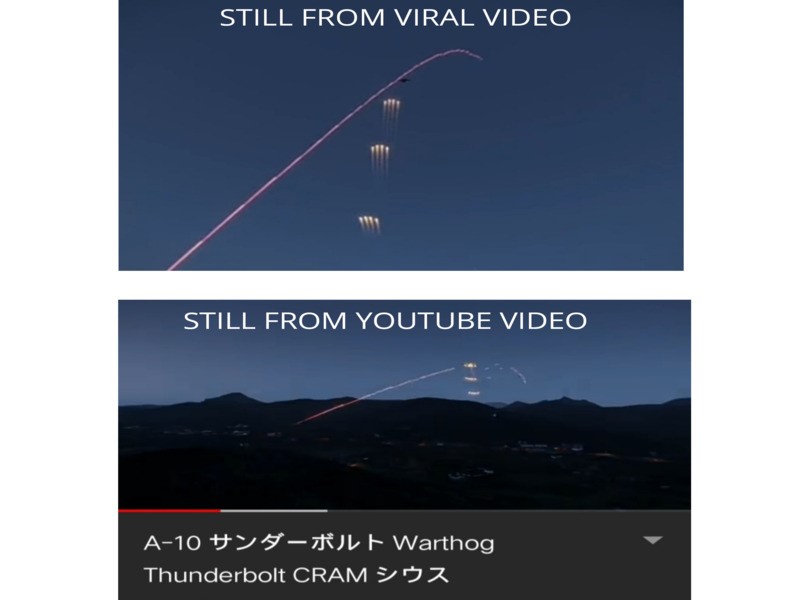 It also should be noted that the videos on YouTube were uploaded in August 2020, thus proving it could not have been of a recent attack.

Hence, the viral video showing Armenian forces shooting down an Azerbaijani MiG-25 is a video game simulation. The claim is FALSE.