Hyderabad: An image has become viral on social media that the world's tallest Tulsi has been found in Karnataka's Biligirangana Betta.

"The largest tulsi tree in the world, it is in the Karnataka Biligirangana Betta in India! Jai Ma Tulsi, Hare Krishna Hare Krishna S.E.S. (Sic)," reads the caption of the image shared by Ses Sharma on Facebook.

Tulsi, Ocimum Sanctum, is known as Holy Basil in foreign countries. According to its properties, the plant can grow up to 90cm tall and the leaves can be 3 to 4 cm.

But in the image, it's evident that it's not a plant but a huge tree with bigger leaves compared to that of the actual Tulsi plant.

The tallest basil plant recorded by Guinness is found in Greece and grown by Anastasia Grigoraki. The plant was around 3.34m (334cm tall). It was added to the Guinness book of world records on July 4, 2012. 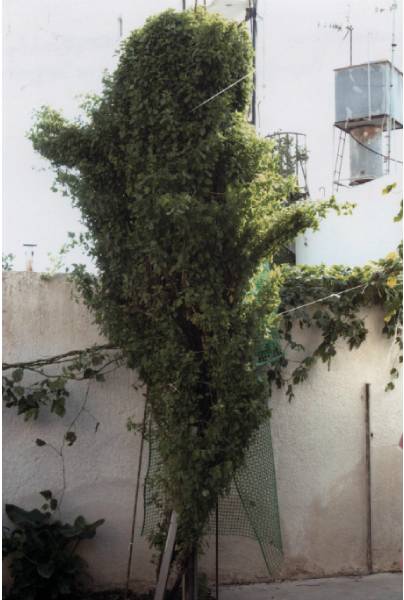 As it is clear from the picture that the plant is tall but its leaves are small and the branches are thin. The image was viral even last year and was fact-checked by Vishwas news.

Hence the claim that the image of the world's largest Tulsi is false. It is probably a mango tree.