Fact Check: Video of airstrike on Gen Soleimani is fake

Hyderabad: US – Iran enmity rose to a new level last week, leading to an American airstrike on January 3 that killed Iran General Qasem Soleimani, who was head of Islamic Revolution Guards Corps (IRGC) Quds Force and architect of its regional security apparatus.

After these events, a video is going viral on social media, especially Whatsapp, claiming that it is the video of US Airstrike near Baghdad Airport.

Some even titled the video "Amazing video of Suleimani's end.. Precision Targetting".

Some visuals have also been shared on Twitter too

After taking a few screenshots from the video, we performed a reverse image search of those screenshots. We found that many YouTube users uploaded them claiming it as the airstrike video, which killed Gen. Soleimani. 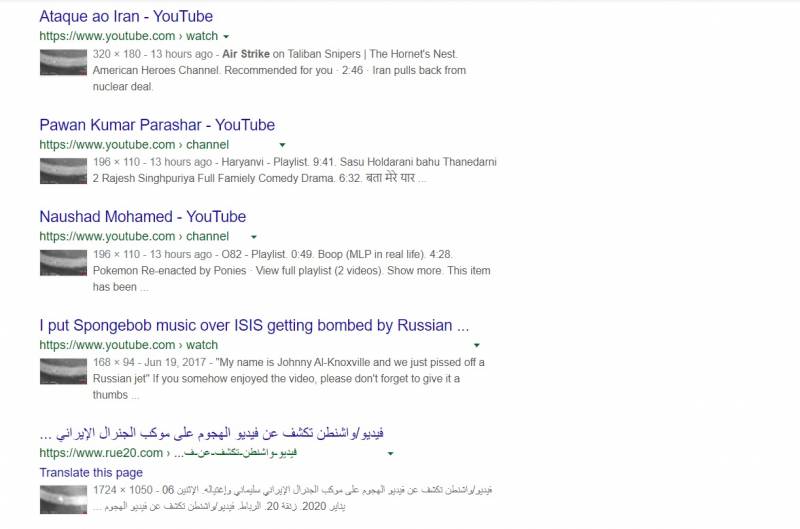 But notably, one among them dated back to November 14, 2017, where an article was published in an international news website, Independent, on Russia's claim that US is helping ISIS, using the same visuals. The article explains that these visuals belonged to the video game "AC-130 Gunship Simulator: Special Ops Squadron."

This is a video game produced by Byte Conveyor Studios, an independent video game development company based in Buenos Aires, targeting mobile platforms.

We can see the same visuals playing on the home page of the company's website with a description:

"AC-130 GUNSHIP SIMULATOR SPECIAL OPS SQUADRON. Take control as the Fire Control Officer of an AC-130 Gunship following its story since its inception during the Vietnam War. Provide Close Air Support to your troops on the ground, fly Armed Reconnaissance and obliterate the enemy supply lines, give Landing Zone support for insertions and extractions under fire, protect US bases from enemy attacks and more while avoiding friendly and civilian casualties. Be always on the lookout for AAA and missile threats!"

Therefore, the claim that the video showing the US Airstrike near Baghdad airport is FALSE. It is from a Simulator mobile video game named AC-130 GUNSHIP SIMULATOR SPECIAL OPS SQUADRON.

Also Read
Fact Check: Will calling on 8866288662 get you a free Netflix subscription?