Hyderabad: Students of the University of Hyderabad took out a protest march carrying flame torches on the varsity campus to oppose CAA. The rally started from Sukoon ground around 8.30 pm on Tuesday and moved towards the North Shopcom before reaching the main gate. 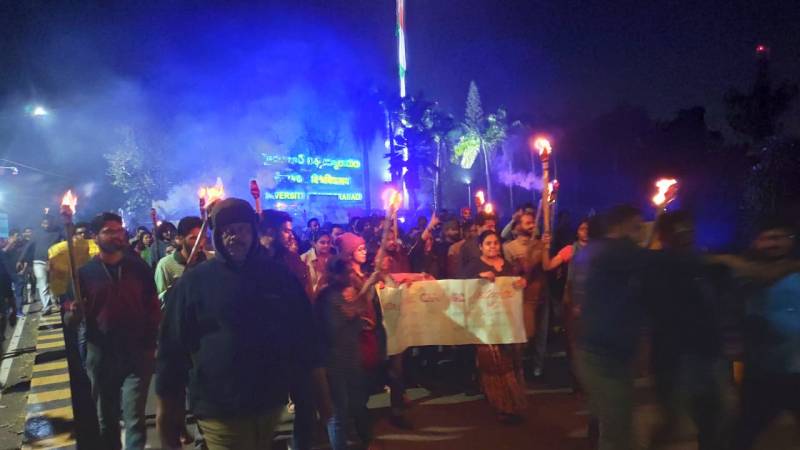 Many students’ organisation from the campus along with the faculties participated in the 'mashaal juloos'. The students even burnt an effigy of Home Minister Amit Shah at the main gate of the university.

The students demanded the complete rollback of CAA and rejected an all India NRC. They also demanded action against the police in Delhi, UP, Assam and northeast for "barbaric assault" on campuses and the streets.

The protesters carried placards with slogans against CAA, NRC and against the BJP. They said they have been agitating against the "discriminatory" move since the introduction of the Citizenship Amendment Bill (CAB) in Lok Sabha. Abhishek Nandan, president of the students' union at UoH, said, "For the polarisation of Hindus and Muslims, the prime minister in election rallies giving statements like ‘rioteers can be identified by their dress', the home minister is saying, 'the people who are protesting belongs to some political organisation'. This agitation is more than that.”

Around 300 students and teachers marched together and showed their solidarity with the students of other universities.

“The government is failing to control the falling economy, unemployment. Instead, our prime minister and home minister are talking about a Hindu Rashtra, they are creating aggressive mobs, running aggressive campaigns against fighting students and people. They are trying to change the notion of the secular republic in our Constitution. This CAA is against the Constitution,” said Abhishek Nandan. 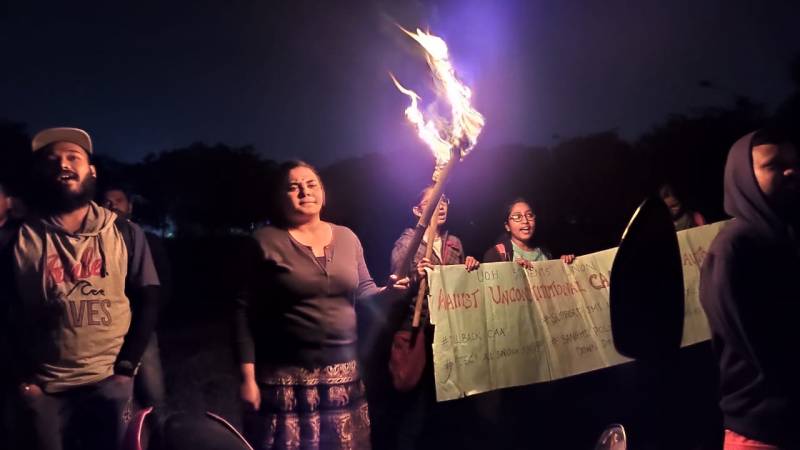