Hyderabad: The first case of Coronavirus in India has been detected in Kerala, on January 30 2020. The Union ministry on Friday said that a Kerala student, who was studying in Wuhan University, China has been tested positive for the Coronavirus. Health Minister of Kerala K.K Shailaja, has convened a high-level meeting in Thiruvananthapuram, robust precautionary measures are taken, said the minister.

The student is currently under observation at Thrissur General Hospital. He is one of the four students who had returned from Wuhan university to Kerala.

"Around 806 people are under observation for coronavirus. 16 samples had been sent to Pune's Virology Institute, out of which 10 have been confirmed negative," said K.K Shailaja, Kerala's health minister.

In an official statement, the ministry said, "One positive case of Novel Coronavirus patient, of a student studying in Wuhan University has been reported in Kerala. The patient has tested positive for the virus and has been placed in isolated, the patients is stable and is being closely monitored.

Engineers from Andhra Pradesh are trapped in China

The 51 engineers from AP are young graduates from Andhra University, Gitam University, SVU and ANITS College, according to Balu. They were in China after bagging campus placements and were being trained at TCL CSOT since August 24, 2019.

Speaking to NewsMeter, Balu said, “Many of us are from Srikakulam district of AP. Along with me are my friends Ganesh, Mani Kanta, Suraj, and Reddy Kumar. Ninety-two students from AP travelled to China. Of the remaining 41 some stayed in Shenzhen while some returned to India before the Corona outbreak.”

He further said, “We are in touch with our parents but there is a growing concern over the situation. Of the 58 members here in Zuoling road, 48 are men and 10 women.”

When asked if the engineers have contacted the Indian Embassy in China, Balu said, “We have been in touch with them, however, there has not been any progress. We have been advised to wear masks even while in the rooms, wash our hands frequently, keep our body warm and have been categorically advised not to eat non-vegetarian or any raw or processed food.”

Meanwhile, the Indian embassy took to social media explaining the measures that were being taken for the smooth evacuation of Indians stranded in China.

The patient is been placed under isolation and is stable. 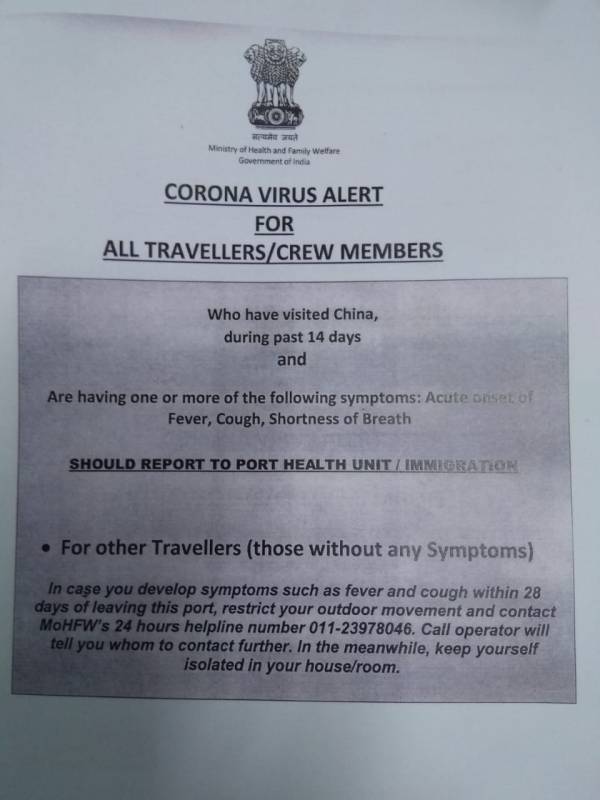