Hyderabad: The Jawaharlal Nehru Technological University Hyderabad (JNTUH) has notified all autonomous, constituent, and affiliated colleges not to conduct semester examinations for the undergraduate and post-graduate courses until the state government grants permission for the same.

In a letter dated 12 June, the director of evaluation, JNTUH, Dr. V. Kamakshi Prasad, said that “the decision on the semester examinations of final-year students as well as other students of UG and PG courses of all the autonomous, constituent, and affiliated colleges of JNTUH shall be taken by the state government”. 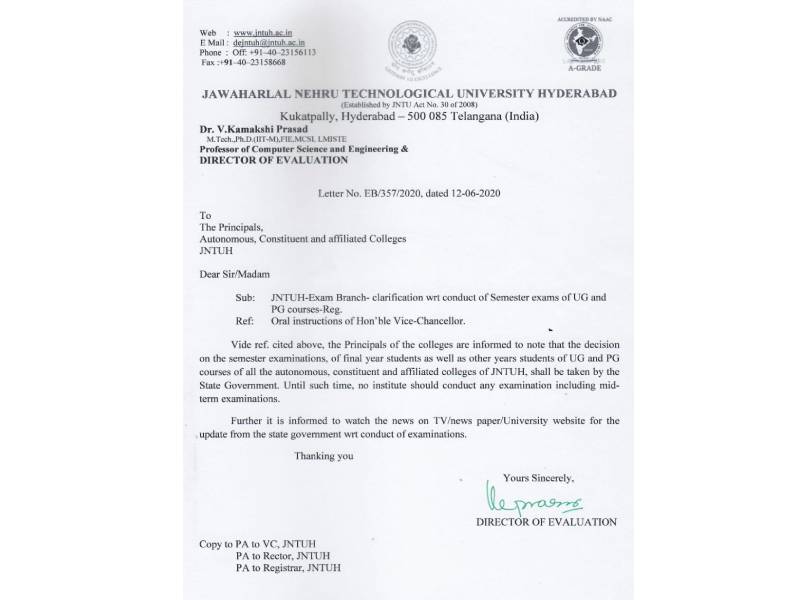 As per the notification, no institute is allowed to conduct any examination, including mid-term examinations.

On 4 June, the JNTUH had released a notification stating that two-hour examinations would be conducted offline from 20 June. Students who were unable to attend these exams would be allowed to sit for supplementary examinations, which were to be held 45 days after the initial examinations, the notice had said. The new notification, however, has put a halt on conducting these exams for now.