Warangal: Telangana ministers K.T Rama Rao and Etela Rajender visited Warangal, which was hit by heavy rains and floods, and inspected the affected areas on 18 August.

The team led by KTR visited the flood-hit areas, inspected the damaged roads, and talked to people affected by the rains and floods about the problems they were facing. KTR spoke to local residents from Fatima-KU 100-feet road area and assured them that the government would stand by them and extend all the required help.

He also assured them that essential commodities would be provided until the situation returned to normal. At Hunter Road, KTR, along with other public representatives, waded through the floodwaters and assessed the situation. Locals told the minister encroachments of open drains caused the floods. 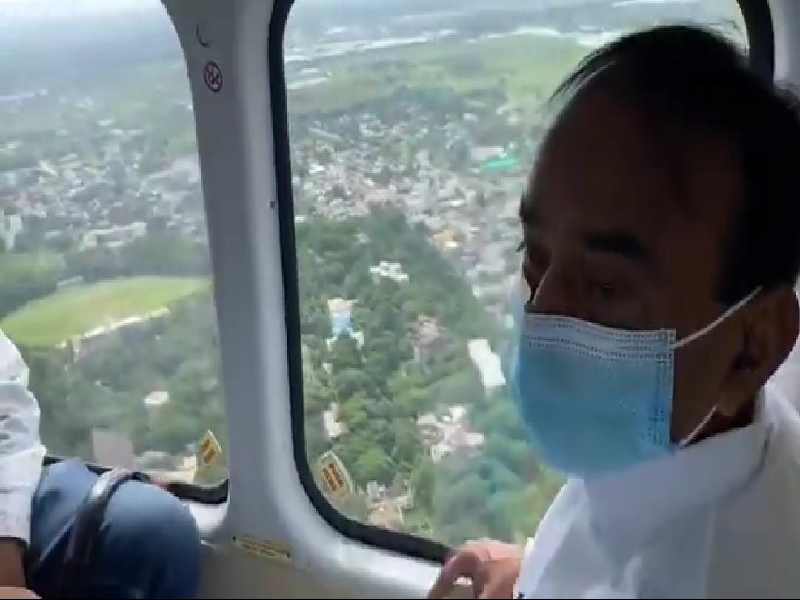 The ministers also visited the COVID-19 ward in MGM Hospital in Warangal. They interacted with the patients and inquired about the kind of treatment they were getting. The ministers assured the patients that there was no need to worry and the required medicines, ventilators, injections, medical equipment, and expert doctors and staff are available.

Chief Minister K.Chandrashekar Rao has already put the official machinery on a high alert. Relief measures have been intensified in flood-hit areas

Earlier, three teams of DRF were pressed into service to augment the rescue and relief efforts in Warangal. More than 36 people have been rescued by DRF in Warangal till now.