Manta ray fished out of Machilipatnam, likely to be auctioned

Krishna: A giant Manta ray weighing approximately over two tonnes, was caught in the blue waters near Gilakaladindi area of Machilipatnam in Krishna district of Andhra Pradesh on Tuesday evening.

The fishermen say that the they will auction the giant Manta gray fish and it will be sold for at least Rs 50,000.

#Watch: Fishermen at Machilipatnam of Andhra Pradesh were in for a surprise when they came across a giant Manta ray on #Wednesday. pic.twitter.com/Qpf3DZpLVa 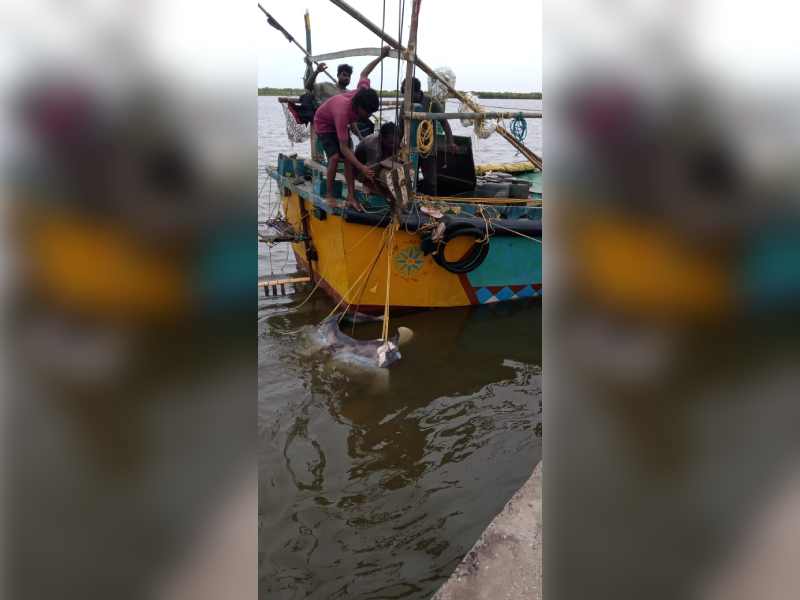 The Manta ray was caught near Gilakaladindi area by a fishing trawler. Owing to its size and rarity, people may cough up more money for giant fish, the fishermen added. 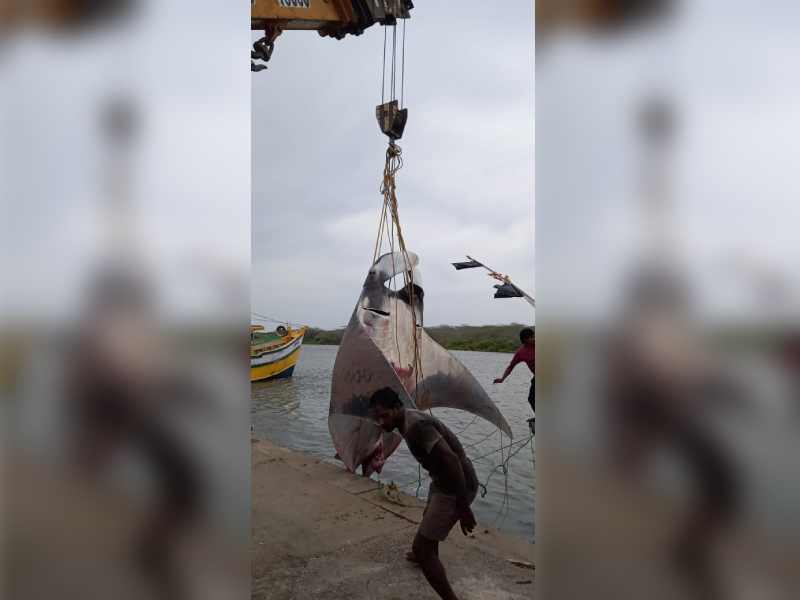 Meanwhile the Manta ray was put to display by the fishermen.People were left astounded when they saw the rare catch.