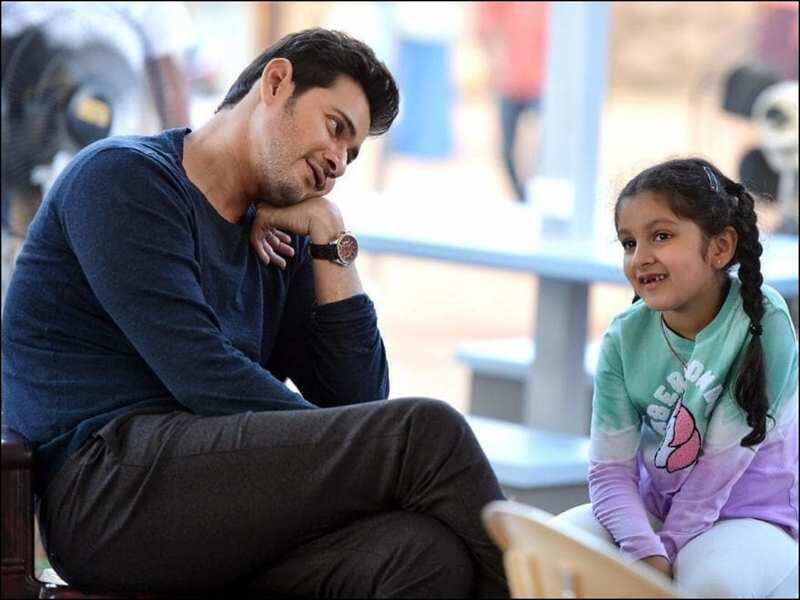 Hyderabad: Mahesh Babu needs no introduction. He is probably one of those stars from the south, who is most well known and loved by the people across the length and breadth of the country. Thanks to his social media presence, we now know he is the coolest dad in town.

Mahesh Babu's pictures goofing around with his two lovely children, Gautam Ghattamaneni and Sitara Ghattamaneni are pure gold. Both Gautam and Sitara are stars in their own right. While Mahesh Babu has fans for his looks, style, and acting, he has also got a separate fan base for being an adorable dad, who seems straight out of a movie.

We have complied the times when the prince of Tollywood was at his funniest best with his children.

1. Well, the positive side to lockdown was families getting closer. In this case, the otherwise busy actor got to spend an implicit amount of time with his children. He can be seen being nerdy, goofy, and sane (as he claims) in this picture which was taken during the quarantine times.

2. If you are a true blue Tollywood fan, you know you are waiting for Sitara to grow up and be on the silver screen. Although it is a farfetched dream, for now, watching her on social media entertaining us with all her tickling pink videos is quite a delight. It is no wonder where she gets it from. The 10-second video of Mahesh playing tongue twister games with his little girl just had everyone say "awweeeee."

4. Not just from this post but we also learn from his wife Namratha Shirodkar's social media posts that he is equally goofy around his fur babies and enjoys spending time with them.

5. Mahesh Babu is mostly perceived as a reticent man, thanks to his composed demeanor. But this picture just goes on to prove how he can be the chirpiest when he is with his children. On world laughter day, he posted a picture with his junior, which oozes not just 'little' love, life, and laughter but an abundance of it.

6. We can't agree enough with his fans, who say this father and daughter duo, are the coolest. If there is one good thing that came through the lockdown, it is a glimpse of their fun selfies.

7. India won the match, while Mahesh and his son won our hearts with this sweet selfie during the India - Australia world cup at The Oval in London.

8. This 10-second video left us wondering who the son is among the two. It is moments like these that children carry with them through their journey. Gautam and Sitara seem to have no dearth of such special fun-filled moments with their dad.

9. We couldn't agree more when Mahesh himself said: "Building memories one step at a time", when he posted two pictures of him casually love tackling his little girl.

10. It didn't go unnoticed when Mahesh seemed proud of his son growing over his shoulder, although he tried to comically intimidate him for a height check.

Looks like the older Mahesh Babu gets, the cooler he becomes with his children. Gautam and Sitara are lucky, aren't they?