Now, AP police will monitor your house when you go on holiday 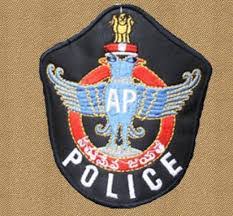 Hyderabad: Now, residents of Andhra Pradesh can leave their home and precious belongings in safe hands when they go on holiday. Chief Minister YS Jagan Mohan Reddy will launch an app, AP Police Seva, on 17 September which will allow people to file a request with the police department and ask them to monitor his/her house in the absence of the family.

In major towns or urban areas, the police department will set up CCTV cameras and motion sensors at the residence of the person who has filed the request. Any person entering the house without prior intimation will automatically trigger an alarm, thereby alerting not only the local police but also the owner of the house via an SMS.

#APPolice adds yet another feather to its Cap by bagging 10 Digital Technology Sabha Awards in addition to 26 received earlier this year.
APPolice is striving to ensure that all these innovations culminate in better services for Citizens.@AndhraPradeshCM appreciates @APPOLICE100 pic.twitter.com/Yorzi0P9id

In rural and remote parts of the state, the house of the person filing the request will be included in the ‘beat’ of the constable on duty who will not only be responsible for keeping a close eye on the house every single day but will also be taking photos of the house daily. The photos will then be sent to the owner.

The service, including setting up CCTVs and motion sensors is being provided to the citizens for free. The new app will allow people to avail of 85 more such services, including requesting a background check of a probable employee or a probable tenant, applying for a plethora of permissions, from filing a complaint to downloading an FIR, checking your challan status and paying the same. The app aims to provide a one-stop center for a majority of police services