'Show them their place', Jagan warns private hospitals against overcharging 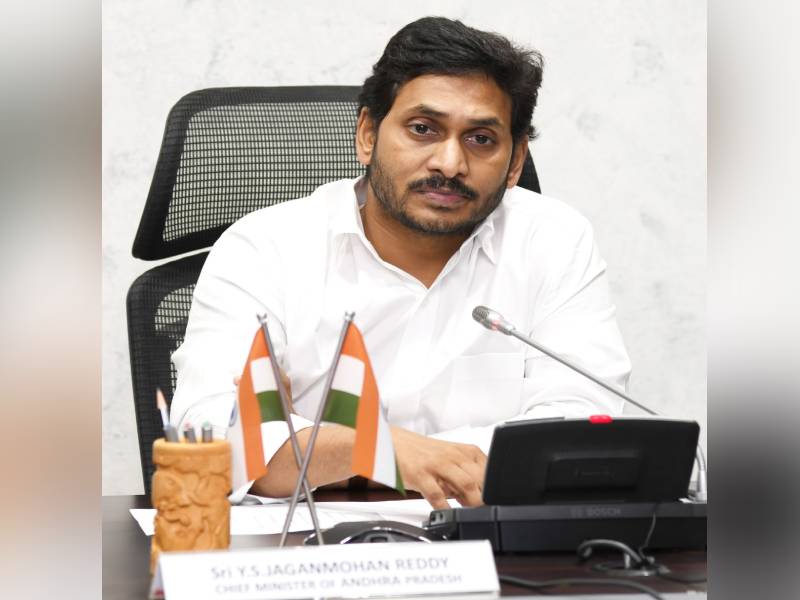 Amaravati: Andhra Pradesh Chief Minister Y.S. Jagan Mohan Reddy directed the collectors to take necessary measures to ensure that private hospitals do not fleece the Covid patients in the name of treatment. “Some hospitals are overcharging, show them their place,” he said.

He also directed that all the Covid hospitals and wards should be monitored using CCTVs.

Addressing the district collectors during a video conference from the Tadepalli camp office, he said, “Pandemics like these test us. This is the time to be humane, hospitals and doctors should rise to the occasion and be there for the citizens,” he said and added that nobody trying to take advantage of the situation should be spared.

The CM reiterated that every patient should be allocated a bed within 30 minutes.

He said: “Andhra Pradesh has been on the top of the testing charts for months. Most of the testing is being done in containment clusters which are the most vulnerable, in order to test and trace faster, thereby increasing the chances of saving lives.”

Further, the CM asked the district officials to setup helpdesks in every Aarogyasri-network hospital , under the 'Arogya Mitra'. The help desks should ensure that the beneficiary is satisfied with the services being rendered at the facility by sensitively dealing with the situation.

In India, customer service and stakeholder satisfaction have since long been linked only with corporate companies. In a bid to include it into the government set-up, the CM has come up with a unique initiative to maximise 'beneficiary satisfaction' by employing various mechanisms.

Earlier, if a patient approached a government hospital for a specific kind of treatment which isn't available at that facility, a blunt denial was the answer. With the introduction of Arogya Mitra, not only will the beneficiary be guided to the hospital providing that service but will co-ordinate with the receiving hospital and also arrange an ambulance to transport the patient.

Further, the CM has asked the district authorities to monitor the facilities in each of the Covid Care Centres/hospitals, whether government or private, by using the '7-star monitoring mechanism' .

Under this new mechanism, any facility can get a maximum of '7 stars'. One star each for infrastructure, drugs, oxygen supply, staff, helpdesk, sanitation and food.

Stakeholders will be rating the facilities based on these parameters on a daily basis, depending on whether the services being provided are satisfactory.

If any of the facilities fail to score a full 7, the district-level authorities have to intervene and do the needful to improve the same.