Sources told NewsMeter that Shriya has already started shooting for the period drama film set in the 1920s. A source said the actress is set to play a key supporting role and is paired opposite Ajay Devgn. Notably, the duo had earlier teamed up in the Hindi film ‘Drishyam’, a remake of the Malayalam film of the same name. The Bollywood star arrived in Hyderabad last week and began shooting the day after she arrived. Apparently, Shriya is shooting in the forests of Vikarabad. 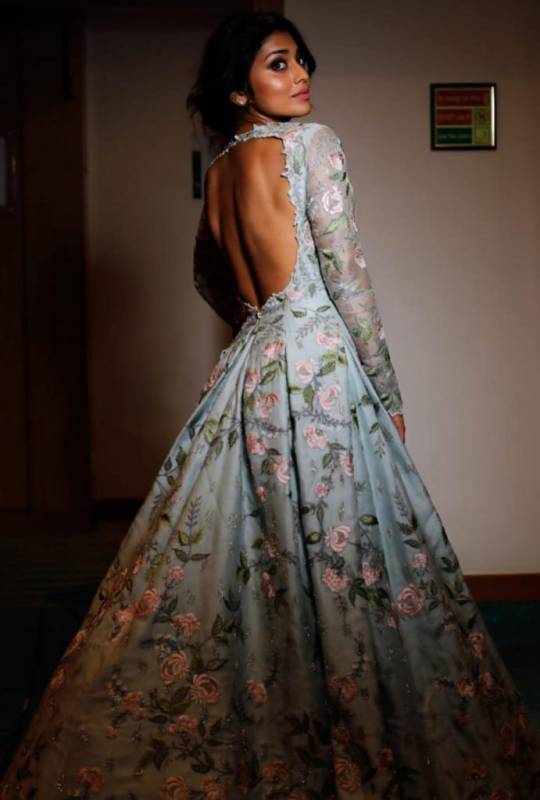 Produced by D.V.V. Danayya of DVV Entertainments, the film is set to release on 30 July. However, the latest buzz, which NewsMeter has been unable to confirm, is that the release date has been pushed to October to coincide with Dussehra. Besides Telugu, the film will be released in nine other Indian languages, including Hindi, Tamil, and Malayalam. Touted to be one of the most anticipated films of Indian cinema, ‘RRR’ also has an international cast of actors, including Olivia Morris, Allison Doody, and Ray Stevenson.

Though Rajamouli’s team has been extremely cautious and kept details of the film under wraps, a video clip of NTR’s action scene was leaked online yesterday. This is sure to push the team to take further precautions. But for now, this latest news from us will surely be a thing for you to talk about!