Hyderabad: According to the latest report by the National Crime Records Bureau (NCRB), Telangana ranked fourth among Indian states in terms of the number of fatalities due to driving under the influence (DUI) of drugs and alcohol in 2019 with 455 deaths. 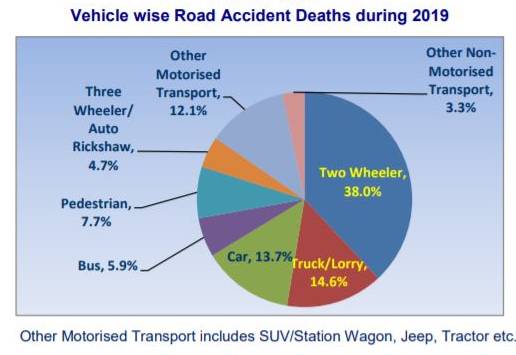 Meanwhile, DUI deaths for Andhra Pradesh stood at 41 last year. Uttar Pradesh reported the highest number of DUI fatalities (28.6%) followed by Jharkhand (13.9%), Madhya Pradesh (6.7%), and Telangana (6.0%). Driving under the influence of drug/alcohol contributed to 1.7 per cent of the total accidents which resulted in injuries to 6,675 persons and 2,972 deaths in the country. 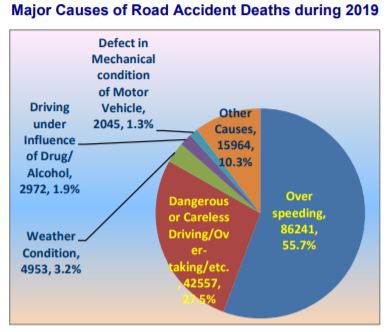 Most road accidents in 2019 were reported between 6 o'clock to 9 o'clock at night. S. Adishankar who runs the NGO Roadkraft told NewsMeter, “It is very difficult to monitor drunk drivers. The only way is to increase the number of drunken driving checks. You will be surprised to see the number of vehicles that are parked outside a bar or a pub in the night. How will those people go home after consuming alcohol? Only the rich might have a chauffeur or a driver.”