Hyderabad: Ever heard of a jacket that can withstand temperatures ranging from -200 degree Celsius to 1000 degree Celsius? A Hyderabad start-up has come up with this unique innovation: an apparel that can resist the most extreme of temperatures. Created by Veera Labs, a defence-tech start-up, the inventors behind this apparel claim that this is the world’s first soft composite that can endure such conditions.

This apparel is the brainchild of Sai Teja Peddineni, an adventure enthusiast fond of volcano climbing. He says that this innovation was born out of necessity, a problem that he faced while he went out on his first volcano expedition to the Dukono volcano in Indonesia in 2017.

“While I already climbed volcanoes, my next step is to venture into volcano diving. And volcanoes have extreme temperatures. Once you are in it, you can’t really change your safety suit. That’s why I thought of working on a soft composite that can provide us protection in negative temperatures as well, unlike other fire entry suits available in the market,” said Sai Teja. 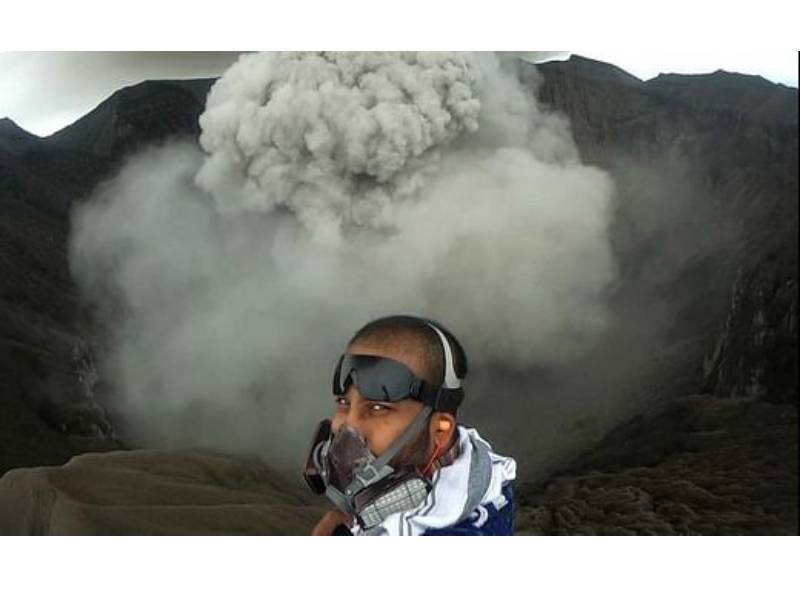 A soft composite refers to a material made of polymeric fibres. In this case, the makers have named their soft composite material ‘Tardigrade’. “The apparel is named after Tardigrade, which is the world’s smallest animal. It can survive in the most extreme conditions even in space, something that our innovation also aspires to be,” said Sai Teja.

The entrepreneur claims that Tardigrade is a solution to the three challenges faced by adventure enthusiasts. “Firstly, we have to combat temperature and extreme conditions, secondly radiation- and three, we also come in contact with different pathogens. The suit is a protection to all three,” he said.

Although the work related to ‘Tardigrade’ began in 2018, the innovators got their breakthrough in September, 2019. Another unique feature of the apparel is its light weight. “A jacket made of ‘Tardigrade’ material will weigh around 450 g only, while the expedition suit may weigh up to 1.2 kg,” the innovator added.

As of now, the start-up is hoping to bring out a consumer version of the apparel by October, 2020 and start production. “We got enquiries from some institutions regarding production. Other details will be finalised soon,” the start-up said.