Nellore : A historic temple of Nageswara Swamy ( Lord Siva) buried in sand, was unearthed while mining activities were being carried out near Perumallapadu village under Chejerla Mandal in Nellore district of Andhra Pradesh. The temple's architecture has taken people by surprise, while its video has spread like forest fire.
The locals believed that, the temple might have consecrated by Lord Parasurama, an avatar of Lord Vishnu. However the structure was buried over a long period of time as river Penna changed its course. The pinnacle of the was visible during the sand mining.

#Watch: A historic temple of Nageswara Swamy, buried in sand was unearthed while mining sand near Perumallapadu village under Chejerla Mandal in Nellore district of Andhra Pradesh on Tuesday. Locals believed that, Temple might have consecrated by Lord Parasurama. pic.twitter.com/0jY6pYHPv0

The officials of Archaeology department led by Assistant Director Mr Ramasubba Reddy visited the location on Wednesday. The team said that the temple might have got buried following the sand dunes occurred during 1850 floods. 'A detailed examination of the site is underway, the team put on the job will take measures to preserve it for posterity, they added. 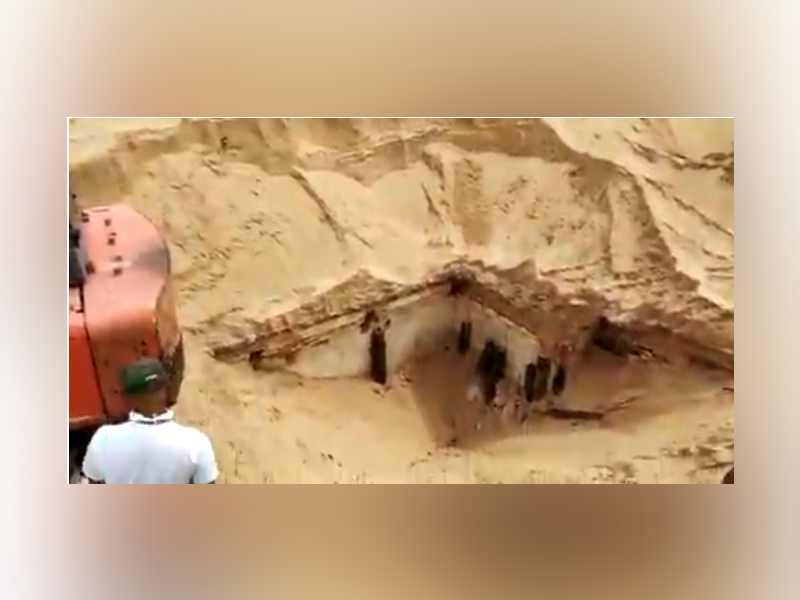 The officials of the Endowments department said that the locals believed that the temple has a long history and it was a rare temple. Considering the desires of the locals, the department would shortly take steps for renovation of the temple, they added
Also Read
7th century Jain statues unearthed by farmer in Karimnagar