The world is not only witnessing the first recession to be triggered by a pandemic but also the ‘sharpest decline in per capita income’ since 1870. The world is fighting on two fronts - the Covid-19 pandemic and the likely impacts of a global economic collapse which are expected to trickle faster in the immediate short term.

India faces the additional challenge of facing a two-front war with China and Pakistan. The standoff in Eastern Ladakh shows little signs of an early resolution. We should not underplay the seriousness of the current situation as it could convey the impression of a defensive attitude and weaken our credibility. This is perhaps the time to do a sober analysis of the situation and look for opportunities to make the nation and the military strong. Challenging times offer opportunities of a lifetime for a nation for a rapid and sustainable all-round growth.

Recent developments on Ladakh front along the LAC post Galwan:

There has been no further progress in the disengagement after the meeting of military corps commanders on July 14 between the two countries on Pangong Tso, Hot Springs general area and Depsang Plains. National Security Advisor Ajit Doval and Chinese foreign minister Wang Yi are likely to hold a round of talks to de-escalate tensions along the Line of Actual Control and discuss a road map ahead and reduce tensions. This has not prevented the Defence Minister to ask the military ‘to stand ready to handle any uncertainty’.

Deployment of airpower in Ladakh sector:

China has brought around 40000 soldiers in the front and depth areas at the LAC in the Ladakh sector besides armored tanks, artillery, aircraft, radar, jammers. India too has done mirror deployment to counter the Chinese in equal measure. The Air Force has deployed its entire fleet of modern fighters like Mirage 2000, Sukhoi-30, and the MiG-29 all along with the advanced and forward bases for carrying out both day and night operations. The advanced Apache attack helicopter has also been deployed on forward bases along the China border to the Eastern Ladakh region. Mig-29 aircraft of Navy has been moved to the Ladakh region. There will be rapid deployment and operationalization of the Rafale fighter jets arriving from France. These most advanced jets of the South Asian region with India specific enhancements are going to give an edge to the Air Force with most advanced weapon systems. The Air Force is also working on the integration of the French fighters with the Russian-origin fleet and make them compatible in operations. Unlike in 1962, there is now vision and acceptance of the importance of airpower in what has been till now a significantly land-centric operational philosophy across the LAC

China is under pressure worldwide. The intimidating presence of two aircraft carriers of the US with B52 Bombers in the South China Sea and non-recognition of China’s claims on the South China Sea as a morale booster for the other claimants of South East Asia are pointers. The US, Japan, Australia, Taiwan and South-East Asian Countries are keeping China on tenterhooks on its Eastern Sea Board. China relies heavily on sea routes for its exports. The Indian Navy had conducted a series of maneuvers off the Andaman Nicobar Islands and had participated in a PASSEX with the Japanese Navy last month. India and US joint naval exercises recently should be viewed from this perspective. The Indian Air Force had also moved half a squadron of Jaguar fighter jets to the Car Nicobar island in the last fortnight.

China and the US seem headed for a major diplomatic confrontation as China calling closure of Chinese consulate in Houston as ‘unprecedented escalation’ and taking the retaliatory measure in ordering the closure of US consulate in the southwestern city of Chengdu. The US has called for the free world to rise up against China. The COVID -19 pandemic has united the world, barring a very few countries, against China.

Will there be a war? Will it be a two-front war? All wars are for territory and domination. We presently are locked with China. Should there be a Sino-Indian confrontation, Pakistan will pounce at the opportunity and it is reasonable to assume there will be two fronts. The requirements of a two-front war are - the availability of militarily acceptable force levels, the ability to hold one front while you tackle the other, and sufficient residual power with the ability to disengage and shift forces and equipment rapidly to the other front. All this is to be planned much before and not once the balloon goes up. Hurried efforts to acquire more ammunition and equipment once the front/fronts are activated will be futile. It requires no less the support and backing of friendly and 'neutral' countries and a foreign policy that does not leave you isolated while you tackle the twin adversaries simultaneously. We, however, cannot depend on other countries to come to our assistance unless either we leverage our strengths to demand what we want or they join to fight for their interests.

'Tactics generally flow from a superior position'. India urgently needs to further enhance the capability to fight a successful two-front war. This needs some time to prepare. India needs to use this time to fast track economic reforms to get FDIs flowing in and allow companies to shift bases from China into India. That weakens the adversary. Number superiority of the force structure alone is not necessarily the formula for military success. Backed by strong political leadership, the ethos, leadership, and professionalism of our military will succeed to deliver. 1962 is a distant memory.

It is also the time to show political solidarity. If our politicians speak in one voice, this would be the loudest message to China, Pakistan and the world. “Is it Now or Never ?" Not a simple choice. It is not the Army, it is the nation that has to fight and for that, you require a well equipped, well-armed, well trained, fully motivated military proud of its standing with the assured knowledge that it holds a place of pride in every citizen’s heart. That assured, ‘the soldier will then face fearful odds and will be ready to die for the country’

Wars are never won or lost by the military. The country should know that It is the nation and the citizens who win or lose. The only alternative for India is to grow strong. It is like building immunity against the COVID. India has to build its comprehensive National Power to deter China and Pakistan. Strength deters wars and weakness invites it. We require to have muscles that can be flexed. Not just a hollow skeleton. Remember the adage: “When you prepare for war; you are ensuring peace”.

(Author, a Wing Commander in the IAF, was a Fighter Controller who actively participated in the 1965 and 1971 wars. He was awarded VSM (VishishtSeva Medal) by the President of India. Views expressed are personal) 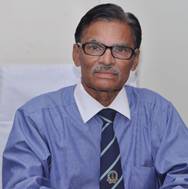