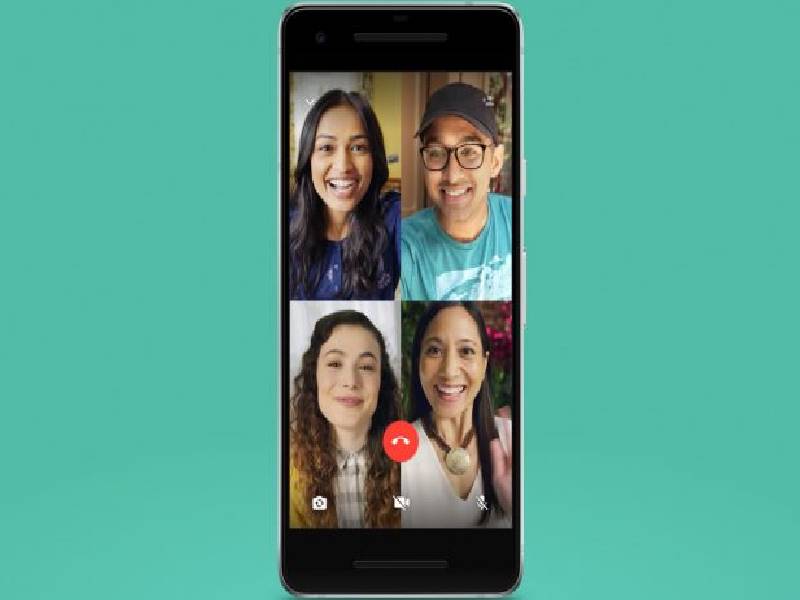 New Delhi: For people stuck inside their homes during the COVID-19 lockdown, cut off from their families and colleagues, video calls have become a normal part of their everyday lives. In India, more and more people are using video calling apps like Zoom, WhatsApp, Microsoft Teams, Google Meet, and Skype. 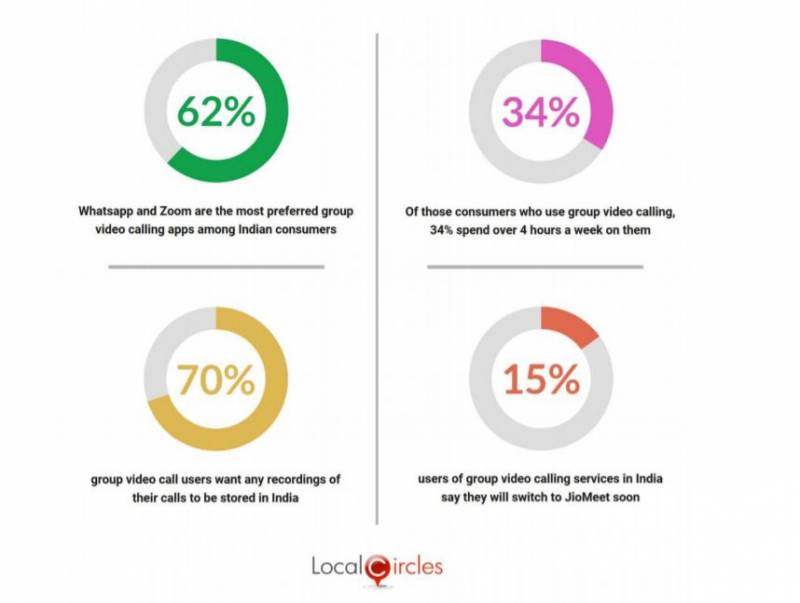 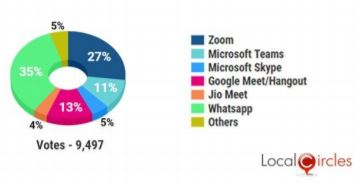 WhatsApp launched “Messenger Rooms” which allows up to 50 people to participate in a video call with no time limit. This feature is available on both android and iOS platforms. Many schools are using applications like Microsoft Teams and Google Meet to conduct online classes. Reliance Jio recently launched the Jio Meet app with many features similar to Zoom.

LocalCircle's findings indicate that of those people who use group video calls, 34 per cent spend over four hours a week on them. This is a significant change both from pre-COVID usage when group video calls were limited to use by some corporates and small businesses to connect with their remote or global teams.

The poll results showed that 70 per cent group video call users want recordings of their calls to be stored in India. After the India-China border mishap in the second week of July, 59 Chinese apps were banned by the Indian government over safety and privacy issues.

Jio Meet claims that it can be used to make high-definition audio and video calls and allows up to 100 people to join a call without any call duration limits. “This app has been launched at a time when Zoom’s popularity has exploded due to the ongoing pandemic, and it won’t be wrong to say that Jio Meet is aiming to be India’s Zoom. However, with Zoom’s zooming market cap, and the resources of Google, Facebook, and Microsoft, one can expect all these companies to only improve their group video calling capabilities and features,” according to LocalCircle's report.

It also added, “With many organisations already having announced work from home for the next few months, concerns around re-opening of schools and demand from parents for continuing online classes instead...are some indicators that the overall usage of group video calling apps will continue to rise in the coming year.”