Hyderabad: The lockdown has hit the livelihood and income of 65 per cent of the country's elderly people, according to a survey conducted by HelpAge India.

In June 2020, HelpAge India undertook a dipstick survey to assess the impact of the COVID-19 pandemic and the lockdown on the lives of the elderly. The survey was designed to study the impact on their livelihood and income."The respondents were either getting a pension from the state or working in the fields. The lockdown has indirectly led to a loss of their income," said Mohammed Raza Mohhamed who heads HelpAge India, Telangana. 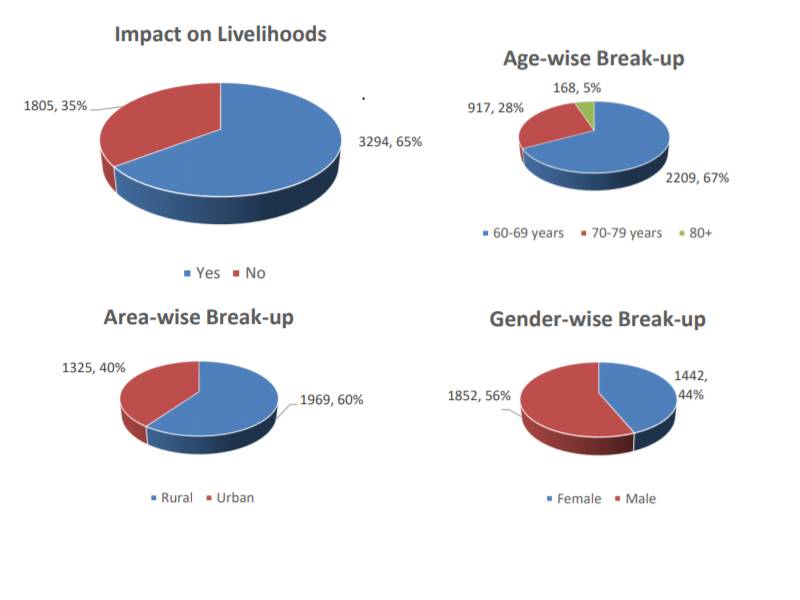 "In the likelihood of limited mobility due to higher risk, lack of digital literacy, the opportunities of earning a decent wage for the elderly is likely to shrink. Those elderly whose family member has been infected, are likely to face double jeopardy," The report said. 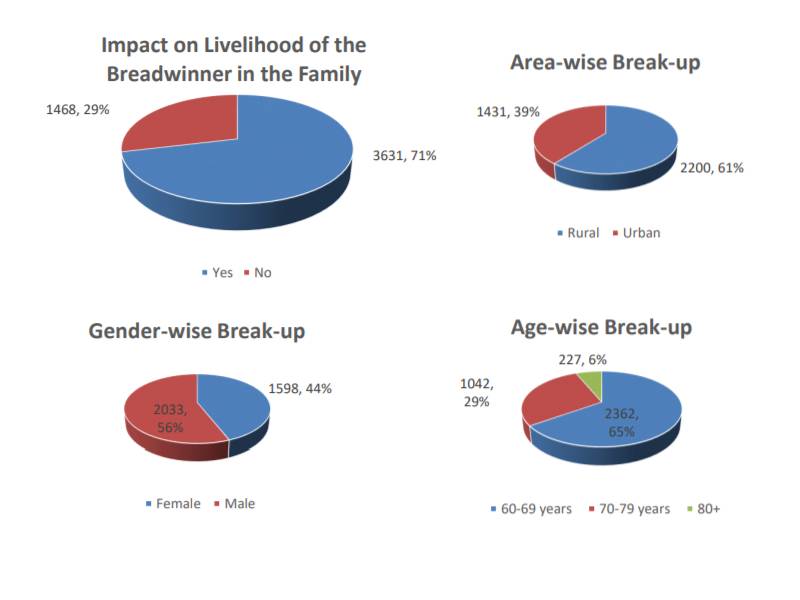 "Loss of not only their own but also the loss of the job of the breadwinner in the family impacted these elderly in various ways. They started to think that they had become a burden to their families. Some were abused by their family members. The presence of the breadwinner inside the house also made some feel inferior causing their health to deteriorate," said Mr. Mohammed. 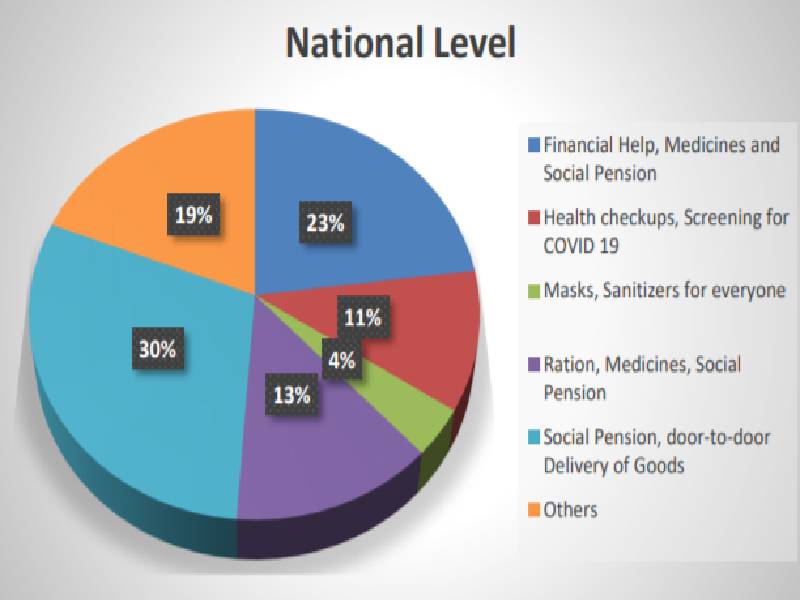 Also, 60 per cent of the respondents stated social pension as their top need, while 50 per cent wanted medical and healthcare needs to be addressed. Another most voiced demand was the increase in doorstep delivery of essential goods and services, particularly food and medicines."I live with my spouse, both of us are having mobility issues and also we are at risk of getting infected, so it would be better for us if someone delivers the essential item," Said a respondent in the report.

"In the face of financial difficulties, the elderly, particularly women, ignore or neglect their treatments for health conditions like hypertension and diabetes because their family cannot afford it. Apart from health, they require essential goods and service. So, we try to step in and help these elderly people," said Mr. Mohammed.

Also Read
Online classes: 39 % of students do not have access to smartphones in rural Telangana