Hyderabad: Bihar's minister of urban development and housing department, Suresh Kumar Sharma, shared a photograph of a flyover to highlight the achievements of the government's street lighting programme in Muzaffarpur. He claimed that the flyover was in Bihar. NewsMeter performed a reverse image search and found an article by News Minute from August 2020. The news website had published the same photo. According to the report, the flyover is located at the Bairamalguda junction in Karmanghat, Hyderabad. "The 780 meters RHS flyover at Bairamalguda junction has been thrown open to the public after it was inaugurated by the Minister K Taraka Rama Rao (KTR) on Monday," it stated.

We also found that the same photo was posted on the official Twitter account of the working president of Telangana Rashtra Samithi, K.T Rama Rao.

Also, the surroundings around the flyover on both the photos shared by KTR and Sharma were similar. 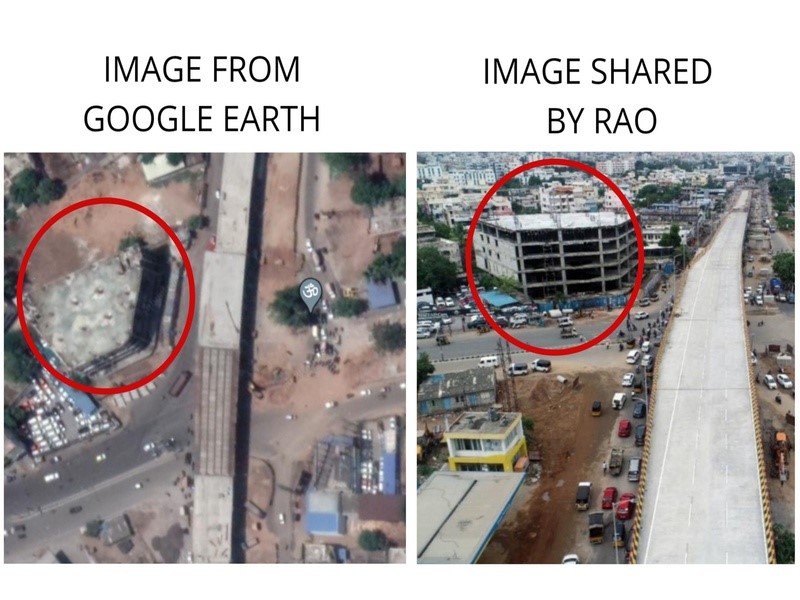 This proves that the photo shows a flyover in Hyderabad and not in Muzaffarpur, Bihar. Hence, the claim is FALSE.