Hyderabad: A claim has been going viral on social media that national spokesperson of Congress Pawan Khera during a television show has said, "If you cuss Tipu Sultan, then we will cuss Maharana Pratap." The messages are shared in Hindi on social media platforms like Facebook and Twitter. 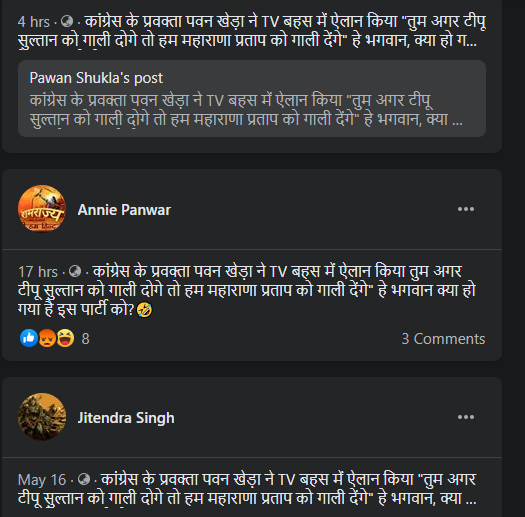 When we searched with a keyword 'Pawan Khera on Tipu Sultan, we found an article published by Dainik Bhaskar in Hindi, which states, 'Pawan Khera says the message shared on social media is fake.'

In the article, Khera is quoted saying that he hasn't said anything like that and said that he will file a case against people for spreading fake message that he said, 'If you cuss Tipu Sultan, then we will cuss Maharana Pratap.'

The article was published in November 2018, which shows that the claim is viral from 2018.

Pawan Khera from his Twitter profile has commented on many people's posts who shared the same. 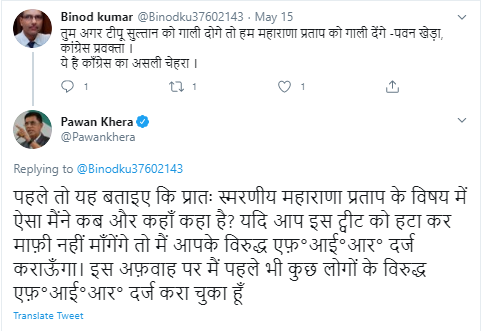 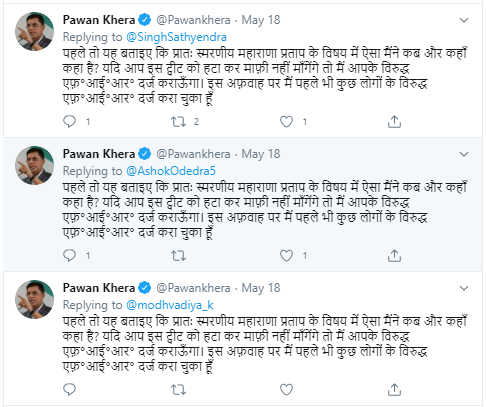 The Hindi comment translates to, "Please tell me when and where I said something like this about honourable Maharana Pratap. I would like you to delete the tweet and apologize or else, I will file an FIR against you with the police. I have already filed FIRs against many other who shared similar tweet."

Hence, the claim that the Indian National Congress spokesperson said: "If you cuss Tipu Sultan, then we will cuss Maharana Pratap," is fake. There is no recorded evidence of him saying so, even when the claim is viral from 2018.