Russian President Vladimir Putin launched the first coronavirus vaccine on August 11 amid concerns about its safety and effectiveness. Putin said one of his daughters was also inoculated with the vaccine.

Immediately after this announcement, a video showing a volunteer being inoculated became viral. Many shared the video with the caption: "President Putin's daughter has been tested for the drug #RussianVaccine #CoronavirusVaccine #CoronaVaccine"

While some shared with the claim: "President Putin's daughter gets first COVID-19 vaccine of the world #RussianVaccine"

Archived claims an be found here and here.

The claim that the girl seen in the video is Putin's daughter is FALSE.

Firstly, we searched for the pictures and names of Putin's daughters, we found that he has two daughters -- Maria Vorontsova and Yekaterina Putina. 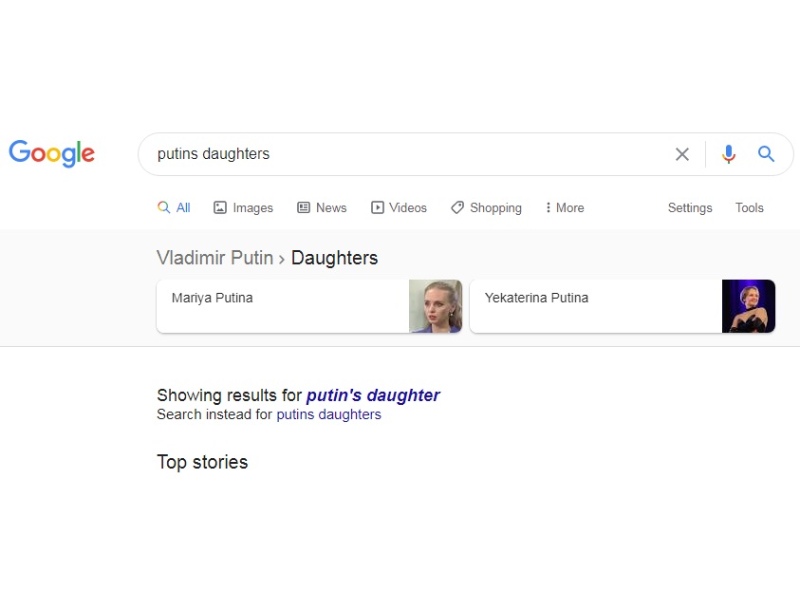 And their pictures do not match with the girl seen in the video.

Taking keyframes from the video, we performed a reverse image search on Yandex, which fetched several results showing the same girl getting inoculated.

We also found a YouTube video with a description that the person seen in the video is Volunteer Natalya, who is preparing to become a military doctor. She is a cadet of the final course at the Kirov Military Medical Academy. Fluent in English, she is a master of sports in marine all-around. She has repeatedly won prizes in Russian and international championships and regattas.

Even though several reports state that one of Putin's daughters has been vaccinated, there is no mention of the name.

And also the girl seen in the video is NOT Russian president Vladimir Putin's daughter. Hence, the claim is FALSE.