Hyderabad: On 1 November, NewsMeter published a story about a visually-challenged couple, Machendra Kumar Mishra and his wife who are residents of Uppuguda. Their daughter, too, can't see well. The family lost their rations and other belongings when their house got flooded following the recent heavy rains that left many families stranded without basic necessities. They breathed a sigh of relief when the government announced aid to the victims in the flood-hit areas. But their hope was short-lived as the family is yet to receive aid from the state more than a week since the disbursement of compensation started.

"We lost everything in the floods. I am blind and cannot go out and get food. We are able to survive only because of the help from NGOs. But our rations will get over soon. I don't know when we will get the financial aid promised by the government," said Machendra Kumar Mishra.

Following the NewsMeter report, help has poured in for the blind couple from several organisations and individuals. Prajawala organisation provided a ration kit that contained 25 kg rice, pulses, and flour while the Disabled Welfare Association of Hyderabad also donated a ration kit. Sunitha Krishnan from Prajawala said the collector's office has also reached out to help the family. 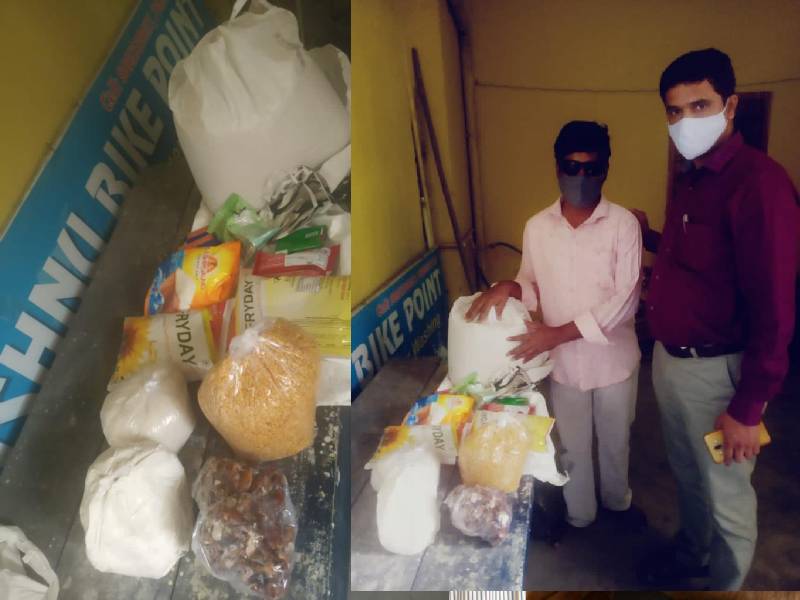 "People are turning up to help us but we really need financial help from the government," insisted Machendra.

Many flood-hit people who had taken shelter in relief camps are gradually returning to their homes. But normalcy is yet to return as they still need rations. Most of the flood victims are completely dependent on the relief money which they are yet to receive.

Meanwhile, the Telangana government, on 1 November, said it has distributed Rs. 387.9 crores to 3.87 lakh families affected by the recent floods. The chief secretary directed the principal secretary, MAUD, and the GHMC commissioner to prepare a schedule for the distribution of cash in all the affected localities. But many flood victims are still waiting for the compensation.

In Kishan Bagh, residents are alleging that some 'local leaders' are asking people for money in return for providing the relief amount. "One person here, who calls himself a party leader, has been asking Rs. 3,000 in return for releasing Rs. 7,000," said a resident of Kishan Bagh under the condition of anonymity.

"In our street, most of the people have not got the money yet. These so-called local leaders are asking for Rs. 5,000 in return for the financial aid provided by the government. For the last three days, I have been getting up at 3 a.m to stand in line at the masjid in our area to get my compensation. But I haven't received anything yet," said Sahana Sultana, a resident from MM Pahadi.

Sunitha Krishnan from Prajawala added, "Though the government has disbursed the amount to the flood-affected people, it has not reached the people. Those who oversee the distribution of the money have given it to people who are not beneficiaries or are asking people to hand a certain amount of that fund to them. The funds are being handed out to the wrong people."