MoHFW reveals 18-44YO most affected by COVID-19

Hyderabad: The Ministry of Health and Family Welfare has revealed that the majority of COVID-19 positive cases are present among those in the age group of 18 to 44.

In data published on September 2nd, the ministry said that 54 per cent of the total COVID positive cases were present in the said age group.

It further stated that the majority of deaths were found in those older than 60 years. 51 per cent of the total deceased belong to the said age group.

The split between age groups, nationally, is as follows:

As for the deceased, the number decreases with age. Those over 60 years of age contribute to 51 per cent of the total deaths. However, those below 25 make up only 2 per cent of the deaths.

In Telangana, COVID-19 majorly affects citizens aged 31 to 40, who make up 24.47 per cent of the total positive cases in the state.

While women aged 21 to 30 contribute the highest (8.07 per cent) to Telangana’s COVID positive cases, men aged 21-40 are affected the most. 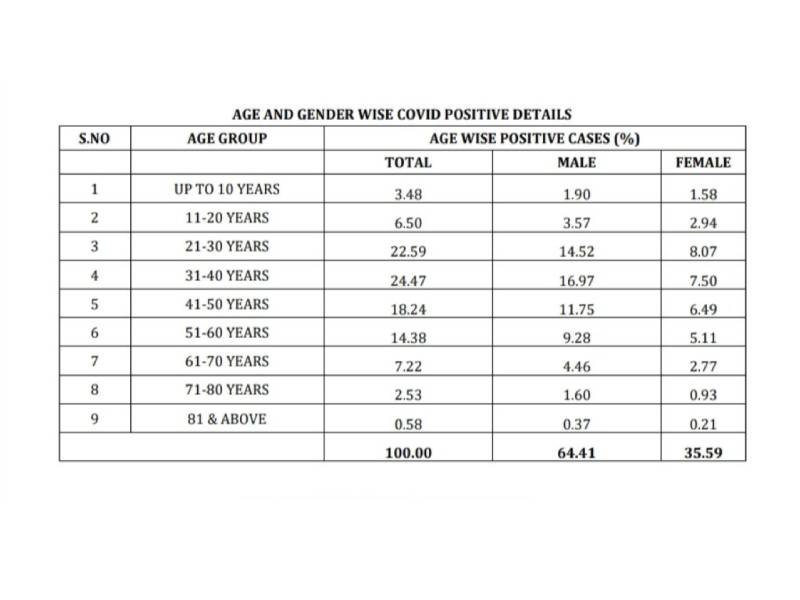 Schools in Andhra Pradesh will reopen on 2 October: Jagan