Hyderabad: Around 50 percent of people who died due to COVD 19 were in the age group of 50 to 69 years in Telangana state, a new data has revealed.

Around 187 people have died due to COVID 19 in the state so far. Analysis of 117 deaths reveals that most of the deceased were in the age group of 50 to 69 years. 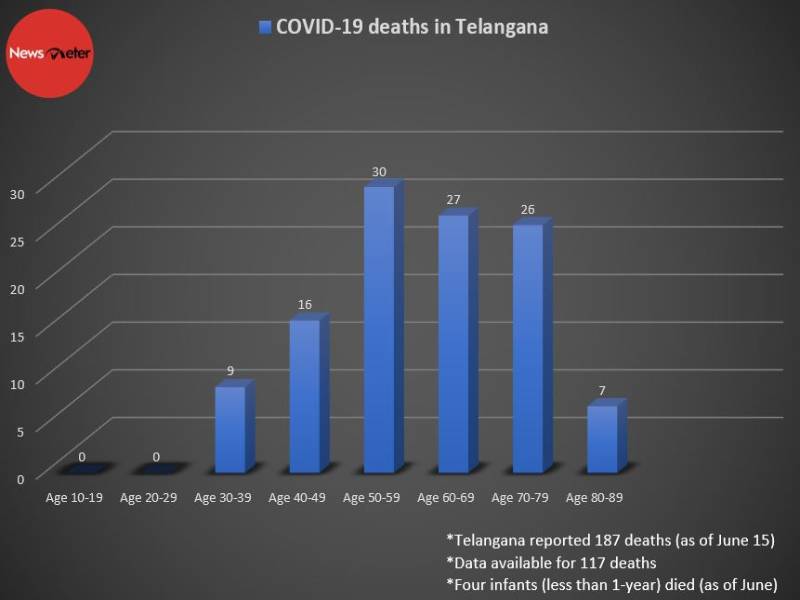 Further, data has revealed that no person in the age group of 10 and 30 years have died due to COVID so far. Meanwhile, four infants, less than a year old, have succumbed to COVID-19 in the state so far.

However, a slightly different conclusion was observed in an article that analyzed the number of COVID-19 deaths nationwide.

Meanwhile, Ministry of Health and Family Welfare has maintained that more than 70 percent of the deaths in the country are due to co-morbidities.

According to Dr. Raja Rao, the superintendent of Gandhi Hospital, the death rate in these age groups could be due to their high co-morbidity rate.

“When a person already suffers from hypertension, cardiac disease, or even kidney failure, their co-morbidity rate is high. Add COVID-19 to this equation, it gets complicated. I do believe some of the deaths may not have happened due to COVID-19 alone. It was due to a build-up of several other diseases, accelerated by the novel coronavirus,” he said.